The Beginner’s Guide to Ramen

Table of contents:
Intro
What is Ramen?
A Brief History of Ramen
How to eat Ramen?
Best Ramen in Japan
Don’t Forget

Ramen isn’t just a food in Japan. It’s a way of life. Japan is a world-renowned destination for food lovers everywhere, and is famous for its many specialities from sushi to tempura, pancakes to curries, but ramen might just be the most popular right now. Recently, we provided an essential guide to Japan for Sushi Lovers. Today, we’re talking about the ramen renaissance.

Ramen has exploded in popularity in recent years, particularly among young and fashionable people in the UK and US with restaurants popping up almost everywhere, but if you want to find some of the very best ramen in the world then you need to go to Japan. Tokyo alone has three Michelin-starred ramen restaurants in 2019 and there are tens of thousands of ramen-ya to visit across Japan. For more on the country’s restaurants read our recent Michelin-star guide.

Chefs throughout the country spend their whole careers working to perfect the art of ramen and this is one of the reasons why Japan has become synonymous with this hugely popular dish. Of course, one of the amazing things about Japan is the incredible regional variations. To discover which is your favourite you’ll have to travel from north to south. As ever, the most efficient and best value way to see the whole country is using a JR Pass for unlimited train travel on the country’s world-class domestic train network. Are you ready to stimulate your taste buds and nourish your soul? Get ready for the ultimate guide to ramen. 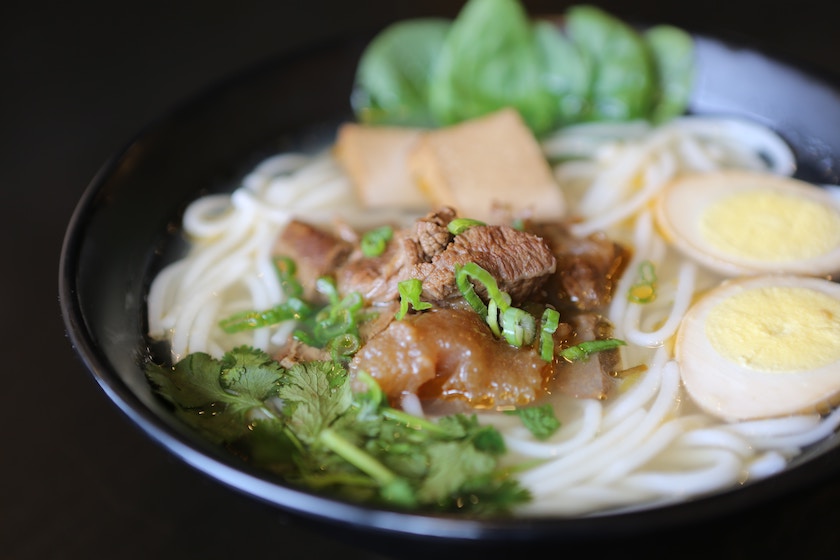 Ramen is essentially a bowl of noodles and broth. It is a relatively simple dish on the surface, but its apparent simplicity is a serious part of its genius and when prepared by masters, it is a meal full of little subtleties, expertise and incredible depths of flavour. For example, depending on the soup base, choice of noodles, toppings, and sides, ramen can have a huge number of different variations.

Types of soup base 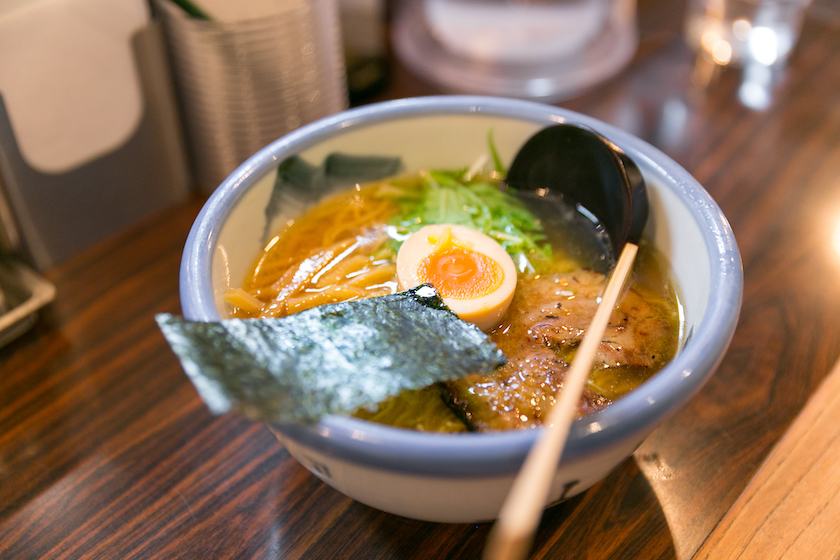 The most common types of bases are shoyu (soy sauce), shio (salt), miso (soybean paste) and tonkotsu (pork bone). Shoyu and Shio is usually made with chicken broth although the meat can vary by region. Miso originated in the cold Hokkaido area in the north while tonkotsu is particularly popular in Kyushu.

Japanese ramen noodles are usually made with wheat and restaurants often allow customers to request the thickness and ‘doneness’ of their noodles. For instance, thick, thin or regular thickness and regular or firm in their cooking. It’s largely a case of personal preference.

While toppings can vary enormously, some of the most popular include chashu (slices of roasted or braised pork), menma (bamboo shoots preserved in salt), negi (chopped or shredded leeks or green onions), karanegi (the same as negi but cooked through with chilli oil for extra spice) moyashi (bean sprouts), tamogo (hard-boiled, soft-boiled, raw or marinated eggs are commonly used on all types of ramen), seaweed, kamaboko (steamed fish cake), corn and butter.

As we’ve mentioned, there are a considerable amount of different regional variations of ramen to try and sampling all of them may take some time (but what a treat it will be for your stomach!). Recommended regional variations include Tokyo ramen, Kitakata ramen from Fukushima Prefecture, and Asahikawa Ramen and Sapporo ramen, both hailing from Hokkaido.

You can easily reach Hokkaido (and its ramen specialities) by using the new Hokkaido Shinkansen, which is covered by the JR Pass. This line is the newest Shinkansen in Japan, starting at Shin-Aomori where it connects to the Tohoku Shinkansen. From there it goes through the Seikan tunnel to Hokkaido. You can read all about it in our special blog feature What is the Hokkaido Shinkansen?

A Brief History of Ramen 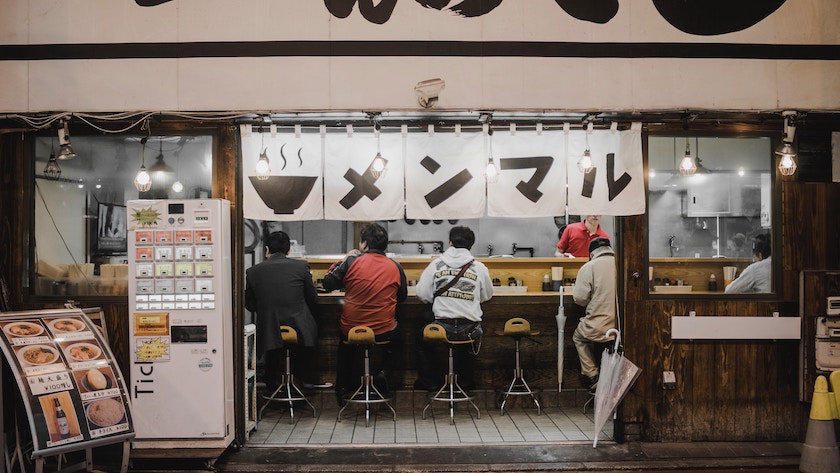 Ramen is one of Japan’s most famous foods, but it wasn’t always that way. In fact, ramen allegedly began as an import before becoming an integral part of Japan’s food culture. As with many legends, there are multiple versions from the tale of a Japanese lord from the 1600s who received advice from a Chinese prisoner, to the influx of overseas foods (including noodles and soup from China) when Japan opened its doors to the world at the end of the Edo period. There is also a story which sees the invention of ramen attributed to a Japanese merchant called Ozaki Kenichi who served a version that sounds much more like the ramen of today in his shop Rai-Rai Ken in 1910.

Regardless of which version you believe, it is generally accepted that ramen originally came from China before being absorbed into Japanese food culture. Ramen became one of the earliest of Japan’s industrialised foods, but suffered during the Second World War and didn’t undergo a resurgence until the mid-1950s when the country’s economy went into a boom period. As Japan prepared for the 1964 Tokyo Olympics, restaurants – including ramen-ya – began to open across the country. Ramen’s popularity began to increase exponentially, and it began to evolve into the artisanal gourmet dish that it is today. 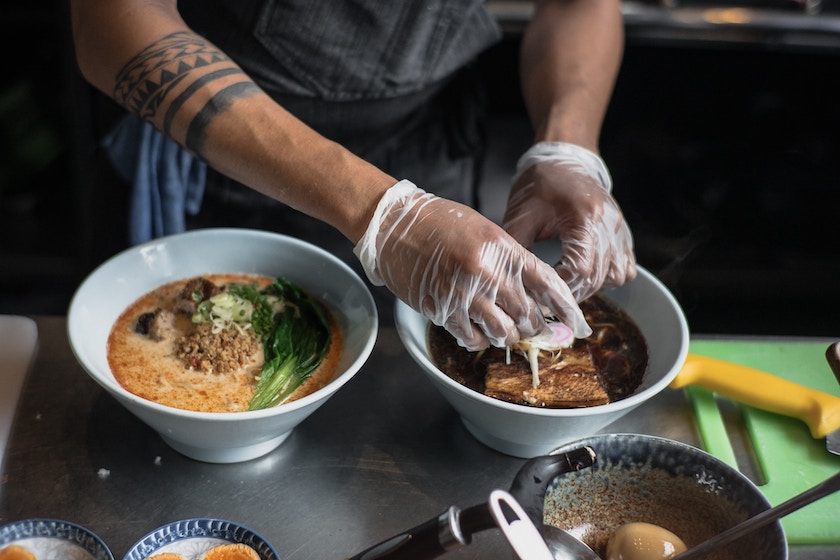 By the 1980s, ramen had shaken off any previous cultural associations it may have once had as a food of poverty and post-war hardship and instead had become highly fashionable, especially among young people who were called Shinjinrui or ‘new breed’. These hugely passionate ramen lovers would happily queue for hours outside their favourite restaurants (there was even a word for this – ‘rāmen gyōretsu’ – and they would also travel the country just to try different regional variations. Ramen chefs became celebrities as a result, particularly in the 1990s and 2000s, often dressing in Buddhist attire (many inspired by Kawahara Shigemi, founder of the ramen shop Ippūdō) and spending years on their ramen craft. Their fans created museums and internet forums in their honour. Ramen had officially crossed over and had become a highly desirable, uber-trendy food and culinary obsession.

How to eat Ramen? 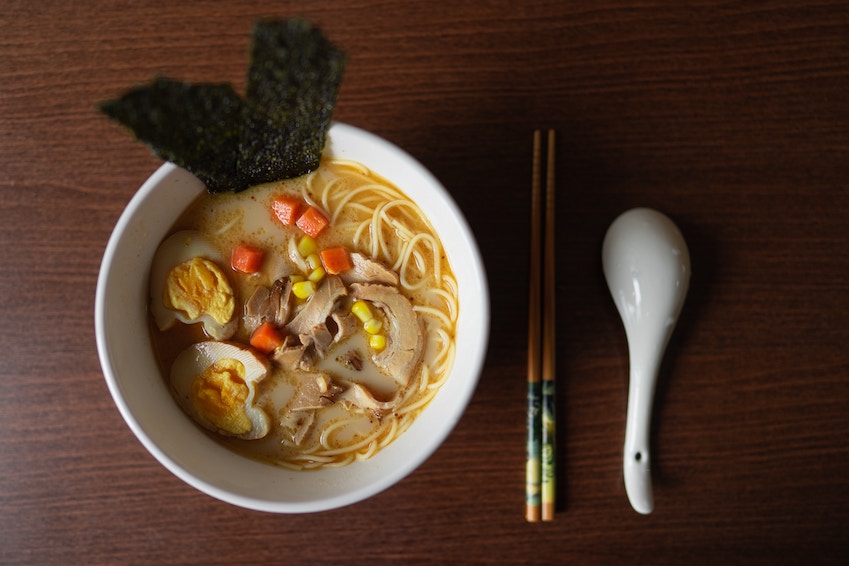 Like much Japanese food, there is an etiquette to eating ramen, but it is nothing to be intimidated about. In fact, ramen is arguably one of the most accessible gourmet foods in all of world cuisine (not just Japan). Here are a few hints and tips to get your started.

Waiting in a queue

The most popular ramen restaurants can feature some major queues, but don’t worry. They tend to go down quickly and, in many ways, it’s part of the experience.

You will either be able to order directly from staff or via a vending machine-style ticket. These machines are often located by the entrance and can be used for ordering and paying. Be sure to get a ticket before taking your seat at the counter. If you’re then unsure what to order, try using this phrase with staff ‘osusume?’, which essentially means ‘recommended dish?’.

You will be provided with chopsticks for your noodles and a spoon for help with the broth, but it is perfectly acceptable (almost encouraged) to lift the bowl to your lips and drink it. Slurping is not considered rude and neither is silence. Both are fine. You don’t have to drink the entire bowl, but it can be considered a compliment to the chef if you do.

Eating in a timely manner

Believe it or not, ramen is considered a ‘fast food’ and not a meal to spend a lot of time over, largely because the noodles are served fresh and will go mushy if left in the broth for too long. In many ways, the timeliness of eating ramen is similar to how sushi is eaten in Japan. You are expected to eat in a timely manner and then make way for the next customer, which is one of the reasons why the queues tend to go down quickly.

Paying your bill and leaving

Most ramen restaurants are cash only so make sure you have cash on you. And if you’re keen to try a little Japanese, try using the phrase ‘gochi-sō-sama-deshita’ as you leave. This means ‘Thank you for the meal’. 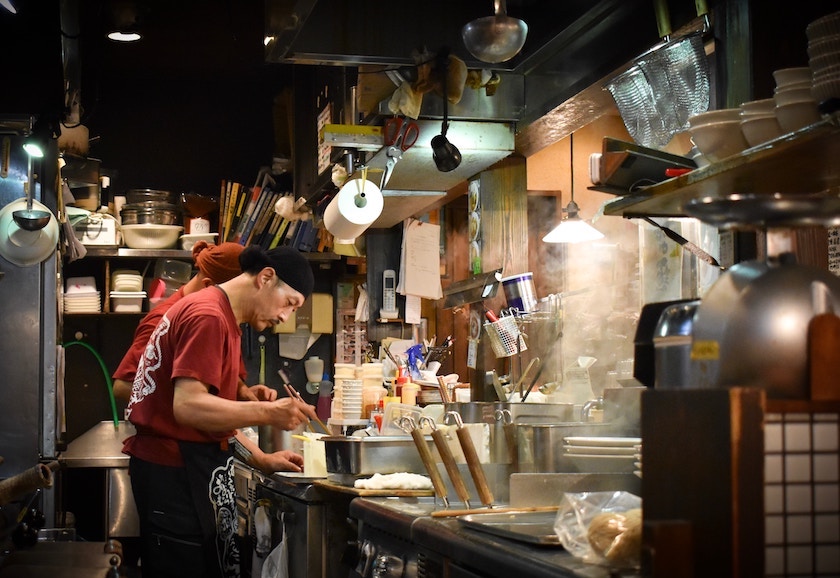 With tens of thousands of ramen restaurants in Japan, (unbelievably, there are an estimated 10,000 in Tokyo alone!) you’re going to need two things 1) A JR Pass to the best and most cost effective way to get around 2) our essential guide to ramen and 3) A big appetite!

Naturally, Tokyo is a paradise for ramen lovers (and one of the best food cities in the world) with thousands of ramen-ya to try and some of the very best in all of Japan. Here are a few suggestions:

And remember if you’re travelling around inner Tokyo you may also want to invest in a prepaid travel card as well as your JR Pass for domestic rail travel.