Our office is closed on Monday 5th May due to the bank holiday. Normal service will be resumed on 6th May.[x]
Cookies are not enabled on your browser. Please adjust this in your security preferences before continuing.

A Visitor’s Guide to Trains and Railways In Japan

Japan boasts an intricate web of railways that can take visitors to many of their desired destinations. Trains in Tokyo, Osaka, and Nagoya are so efficient, many city dwellers do not own a car or even a driver’s license. For some visitors, driving in a new country with different rules can be overwhelming, especially if tourists decided to visit Japan during the rainy season. Railways can take the stress off of tourists and allow them to enjoy traveling while keeping themselves and others safe.

Japan has three types of trains, including:

Railways can also be inexpensive, clean, and orderly. Normally publicly transportation is thought of as dirty. However, because of Japan’s social etiquette, public transportation creates a calm, stress-free environment. No matter the reason for visiting Japan, it is important to know the kinds of transportation and which is the most effective means for navigating the country. 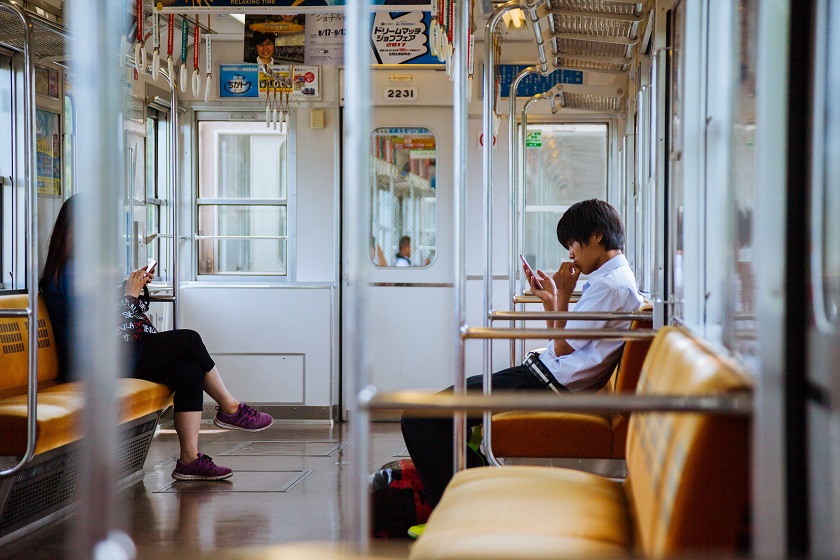 Most of the train lines in Japan are owned by the Japan Railway Group (JR Group). The rest are major private railways, which is why tourists might see differing prices on some train lines. It is also important to note that fares are in the Japanese currency yen, instead of U.S. dollars — knowing the exchange rate will be very helpful. JR Group operates six train operating companies which are defined by region, however, many of these companies operate outside of their regions as long-distance train services.

There are three categories of railway operators:

These categories were made to separate infrastructure costs from operation costs and to increase competition between railway operators.

The Central Japan Railway runs through a hub in Japan called the Tokaido, which includes cultural, historical, and industrial aspects of Japan.

The East Japan Railway Company is the largest railway in Japan and manages the most trains in Tokyo and the greater Tokyo area. This train has many other destinations, including Morioka, Akita, Sendai, Niigata, and Joetsu Myoko.

The Hokkaido Railway, also known as the JR Hokkaido, runs all intercity and rail services in Hokkaido. This train offers a north and south route. The south route runs through many popular tourist spots, like Onuma Quasi National Park and Lake Toya.

The Kyushu Railway operates the intercity railway services in Kyushu. The train can take visitors to destinations like the Kumamoto Castle, or Mount Aso. The train line also extends to the ferries, as Kyushu is one of Japan’s islands.

The Shikoku Railway, or JR Shikoku, is the smallest of Japan’s railways. It operates intercity and local rail services in the four prefectures on the island. The JR Kyushu is also connected to the ferry, in case tourists would like to leave the island.

The West Japan Railway operates in Western Honshu. The train runs a popular line called the Urban Network, which runs trains in Kyoto and through Osaka and Kobe. This network is so popular, it is known to run every two minutes during peak times. Even though the biggest route is through the Urban Network, other lines make up more than half of JR West’s train lines. These are mainly used for business travelers from smaller cities.

There are a variety of transportation options and types of passes available when traveling throughout Japan, including:

Public transportation can be overwhelming in a foreign country. It’s important to bring along Japan rail guidebooks, as well as mobile Wi-Fi hotspot devices in case you get lost on your adventures. However, Japan’s train system is so intricate and efficient that it is very likely a tourist can navigate public transportation.