Everything You Need to Know About Japanese Yen When Traveling

It is imperative when traveling to any country to understand its monetary system. This includes knowing exchange rates, currency, customs, and more. Japan’s currency, the yen, is a large part of its already rich and long-standing culture. When traveling throughout Japan, it will be essential to understand the yen and its denominations to do the simplest things — such as eating, using vending machines, paying for hotels, and paying bus and/or buying Japan Rail passes to get around.

Experiencing new countries, such as Japan, often comes with fears and difficulties. Language barriers, respecting the local culture, transportation methods, and other nuances can get in the way of an enjoyable trip. Understanding the yen can help ease these anxieties, while allowing you to know exactly what you are paying for, and how much you need for services.

The Japanese yen comes in two forms — bills and coins. Similar to American currency, various banknotes and coins designate a certain amount of yen. Those traveling to Japan should know each bill, how much they are worth, and what services they can pay for with them.

The yen comes in several intricately decorated bills. Many yen banknotes have prominent figures, national trees, and other beautiful symbols of Japanese culture on them. Knowing the value of each will let a tourist of any capacity understand how much money they have. Additionally, you’ll know which bill to put into a vending machine and which one to use to pay for a night of dinner and drinks. When traveling in Japan, a person will likely come across many of the following banknotes:

Japanese coins may be just as visually interesting as bills, as flowers are often etched into them. Generally, Japanese yen coins are used for making exact change and paying vending machines, taxis, buses, and getting a rail pass for easy travel throughout Japan. These coins vary in the metal used and shape and size — some even have a small hole in the middle of them. Coins a traveler will come across in Japan include:

It should also be noted that yen can be further broken down into sen. One yen is about 100 sen, however, sen is rarely used in modern society. As America has its dollar sign ($), the yen or yuan sign is ¥. In contrast to the American way, the yuan sign comes after the amount — for instance, you would be presented with a bill of 1,500¥. Additionally, when speaking Japanese, the Y is not pronounced in yen, rather “en” (as in the 5 yen pronunciation “go-en.”

Generally, foreign currency is only accepted at major international airports, so knowing where and how to get yen will be crucial for providing acceptable payment for food, lodging, transportation, and more.

Even if you know the value of yen bills and coins, it will still help to understand how much you will be getting for your US dollar (or any other currency). Paying close attention to the foreign exchange rate can help you understand how your currency will convert to yen.

As it currently stands, 1 USD equals just about 109 JPY (Japanese Yen). These figures can change, so it is a good idea to frequently visit a currency exchange website to know how far your dollar will go in Japan. Mobile apps for traveling to Japan can also be invaluable in making your trip an enjoyable experience. With several apps, you can map out your destinations, get directions on how to get to them, and calculate and transfer money internationally. There are several apps that can cut the confusion out of converting and transferring currency, providing the exact value of your dollar and whether you need cash or money on a credit/debit card.

Japan has historically been a cash-heavy society. However, with new and more convenient forms of payment, other payment methods have been adopted. As in the case with any country you travel to, it is imperative you know what kinds of payments are accepted so you aren’t left stranded — trying to pay with a credit card when a place only accepts cash. Payments accepted in Japan go as follows:

How to Get Yen 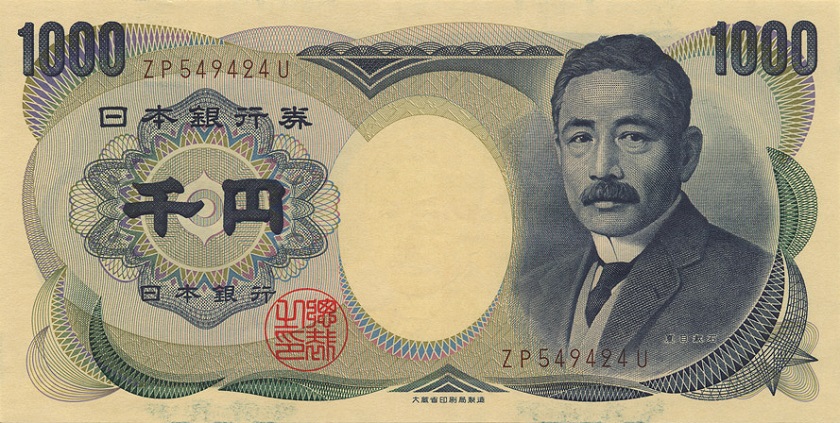 You will almost undoubtedly need cash during your travels throughout Japan. Knowing how to get this cash will be critical if you want to pay for anything. Cash can be obtained by several means in Japan. If you need cash in Japan — which you most likely will — consider the following methods:

To make sure you are respecting the culture, there are several things a tourist can do with their money that will not offend the Japanese people. Japanese people take the handling and care of money seriously and keep their bills wrinkle and tear-free. It is easy to fold, crumple, and otherwise damage paper money into your pocket or wallet. However when in Japan, you’ll want to mind this concept as it is generally frowned upon.

When giving or accepting money, it is a tradition to do this with both hands, and/or upon a tray. Especially when receiving bills, gently place them in your wallet as not to blemish them. Additionally, yen bills are larger than USD bills, so it may be a good idea to get a larger wallet to protect the integrity of the yen you receive.

The Japanese yen is a fascinating and beautiful form of currency that is rooted in tradition and culture. Understanding how this money looks, the value of it, and where to get yen will be essential to your Japan experience.