Riding the Tokyo Monorail with the Japan Rail Pass

The Tokyo Monorail runs for 17.8-kilometer (11.1 mi) from Haneda Airport into Tokyo, where it terminates at Hamamatsucho station. The monorail runs along Tokyo bay for most of the line. 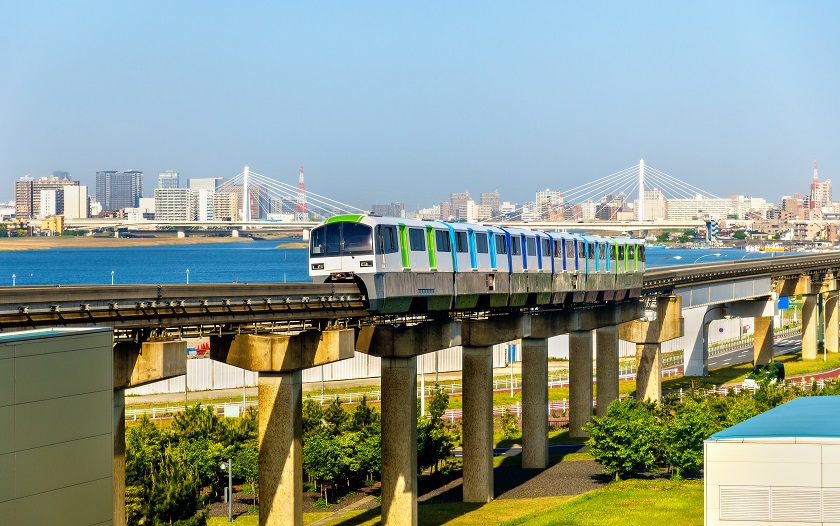 The Tokyo Monorail can be accessed using u normal tickets, an IC card like Suica, or – as already mentioned – the JR Pass. Using normal tickets or an IC card, simply use the ticket gate and insert your ticket. With the JR Pass, go to the manned ticket gate, show your pass and hop on. There are no reserved seats on the train, the best seats are without a doubt at the front or back of the train, with good views of Tokyo.

Then when you exit the train, show your JR Pass again at the manned gate to exit the station.

There are three service types on the Tokyo Monorail, the main difference is speed and amount of stops along the way.

Haneda Express: The fastest service that stops only at Hamamatsucho and the stations of Haneda Terminal 1, 2 and 3.

Rapid train service
This service stops only at the most important stations, including Hamamatsucho, Tennozu Isle, Oi Keibajou Mae, Kyutsu centre, Tenkubashi and the stations of Haneda Terminal 1, 2 and 3.

Local service
The train stops at every station along the route.

Here is a map with all stations on the Tokyo Monorail. 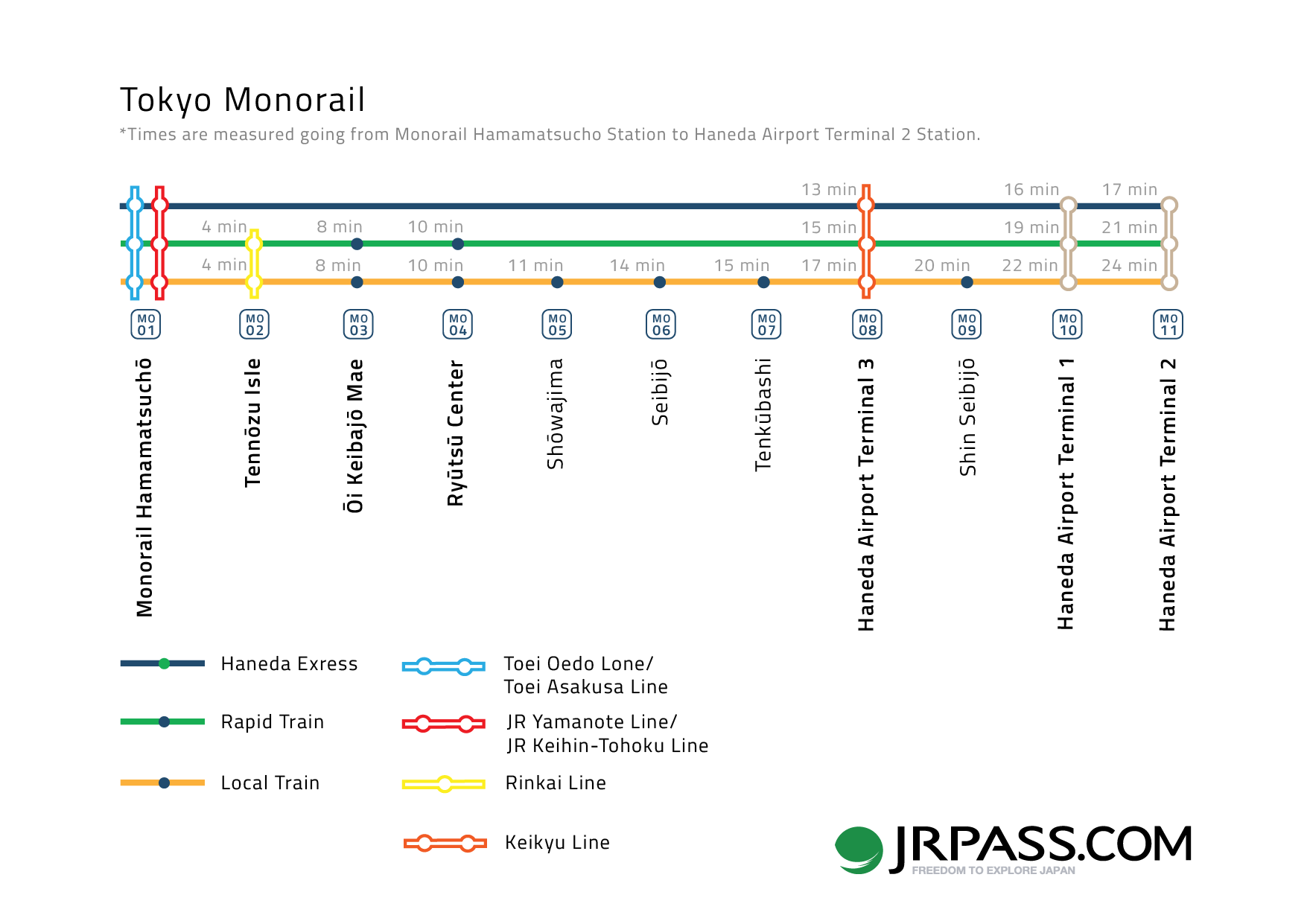 The Tokyo Monorail has a couple of handy transfer options the most useful being the JR Yamanote loop line at Hamamatsucho. With the JR Yamanote line it’s possible to travel directly to major stations around Tokyo, such as Ikebukuro, Shibuya, Shinjuku at the most important station in Japan, Tokyo station. From here, Shinkansen bullet train travelling directly to cities like Kyoto, Osaka and Hiroshima.

In addition, the Tokyo Monorail connects to the JR Keihin-Tohoku line and Toei Oedo Line and Toei Asakusa Line (metro) at Hamamatsucho station, these are all handy for further travel into Tokyo.

Tips for riding the Tokyo Monorail