What is the Sanyo Shinkansen

The Sanyo Shinkansen is the high speed bullet train line that runs from Shin-Osaka station, to Hakata station (Fukuoka), with major stations like Okayama, Himeji, Hiroshima on the route, it is one of the most important Shinkansen lines that form the back-bone of the JR railways.

Brief history of the Sanyo route

The Sanyo route (or San’yōdō) used to be an old trade route, similar to the Tokaido in feudal Japan, covering approx 350 miles, it ran from Kyoto in the east to Shimonoseki in the west, from where travellers could continue by boat the Kyushu.

The term Sanyo (山陽) means sunny side of the mountains and is the area in the south of Honshu. Facing the Seto Inland Sea, It consists of the southern part of the Chūgoku region, including cities like Okayama, Hiroshima and Yamaguchi.

Train services on the Tokaido Shinkansen

Nozomi
The fastest service and travels between Tokyo and Hakata stations. The Nozomi services only stops at the most important stations like Tokyo, Nagoya, Kyoto and Osaka. Note that the JR Pass does not include the Shinkansen

Hikari
The Hikari is the same train as the Nozomi but make a few more stops along the route. Only stopping at major and most important stations and is in service between Tokyo – Okayama. The time difference with the Nozomi is often minimal. In addition to the the Nozomi stops, the Hikari stops at stations like Odawara (for Hakone), Atami and Shizuoka.

Sakura
The Sakura is the same train as the Mizuho but make a few more stops along the route and is in service between Shin-Osaka and Kagoshima-chuo station. The time difference with the Nozomi/Mizuho is often minimal. In addition to the the Mizuho stops, the Sakura stops at stations like Shin-Kobe, Himeji and Kumamoto.

Kodama
Kodama services stop at each station along the Sanyo Shinkansen, often used as a shuttle service between smaller and larger stations.

Can I use the JR Pass on the Sanyo Shinkansen?

Regional passes on the Sanyo Shinkansen

As the Sanyo Shinkansen line is fully operated by JR-West, nearly all JR-West passes are valid on the Sanyo Shinkansen. Notable regional passes include the Kansai – Hiroshima area Pass and Sanyo-San’in Area Pass. Unlike with the JR Pass, the Nozomi and Mizuho can be used using JR West regional Passes.

Green Class on the Sanyo Shinkansen

Green class (or 1st Class) carriages are available on all Sanyo Shinkansen trains, expect for a few Kodama services. Trains operate a 2×2 seating plan in Green Class, while ordinary cars operate a 3×2 seating plan. Green seats come with extra comfort, reclining and space. It is generally a lot quieter and a good way to escape from the travelling crowds on busy days. 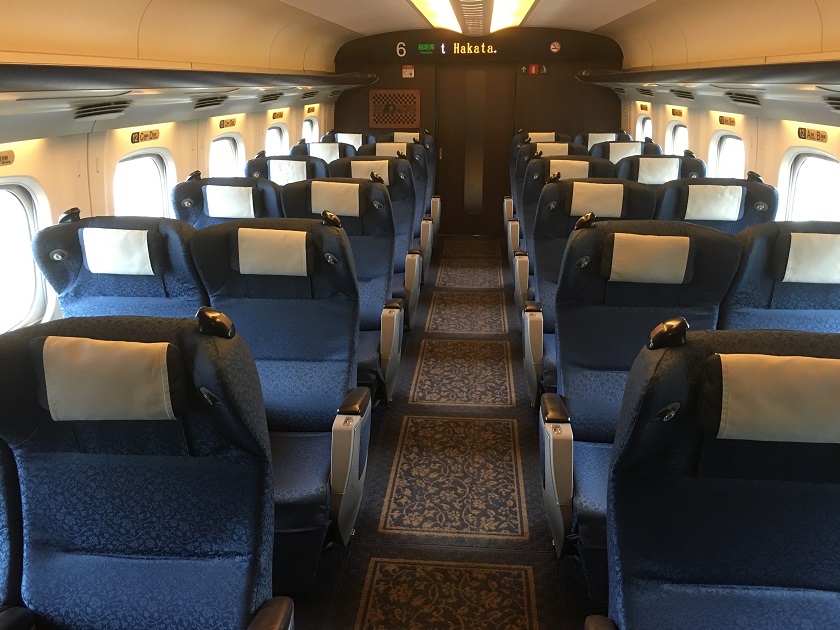 Green Seating on the Sanyo Shinkansen 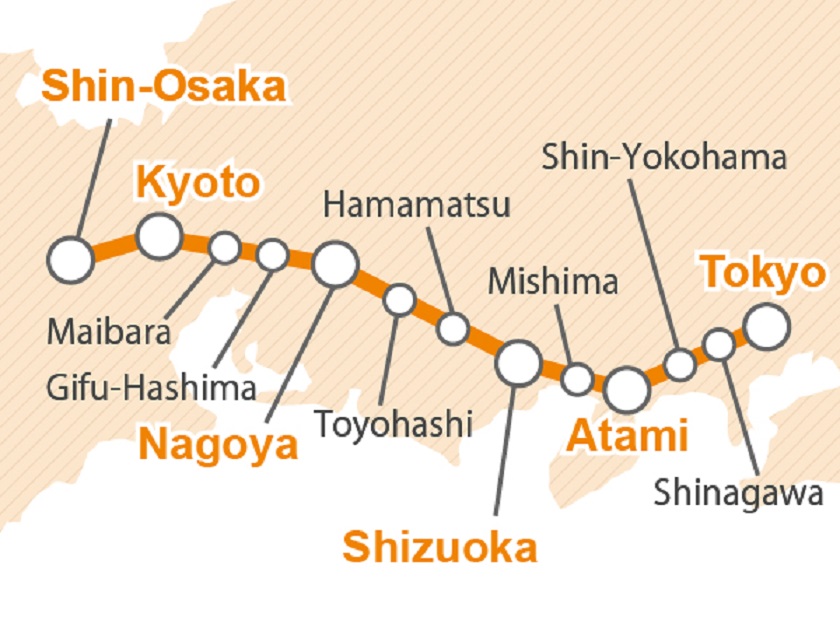 WiFi on the Sanyo Shinkansen

JR West is introducing free WiFi on the Sanyo Shinkansen, so passengers who travel between Tokyo and Osaka can stay connected the the internet. The full roll-out is expected to be completed by 2021 and will be available across the entire JR West Shinkansen fleet