Kyoto is a city known for its historical and religious landmarks, which is why Kyoto Tower sticks out so much when you visit the city.

Kyoto is a city known for its historical and religious landmarks, which is why Kyoto Tower sticks out so much when you visit the city. To be fair, it is also the Japanese city’s tallest building at 131 metres. But as one of the few modern attractions in this traditional city, it would be an outlier no matter its height.

No wonder it received its fair sense of controversy from locals when finished in 1964. And yet, it’s hard to argue with the result when you’re standing a hundred metres off the ground enjoying panoramic views of the entire city. So, if you’d like to visit the Kyoto Tower with your JR Pass, here’s everything you need to know. 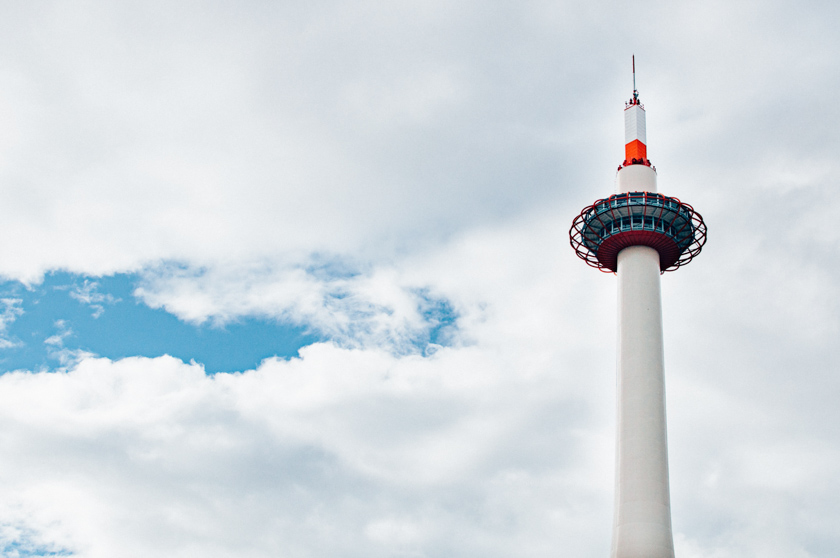 To appreciate this gleaming white spire over Kyoto, it helps to know a little about the history of Kyoto Tower. The tower was one of many modern building initiatives started in the lead up to the 1964 Tokyo Olympics, joined by the Tokaido Shinkansen Line which was Japan’s first Shinkansen. This makes it a pioneering landmark in Japan’s “wave of modernization”.

With a height of 131 metres and a weight of 800 tons, the architect and engineer behind the tower’s design built it to withstand both earthquakes and typhoons. That should provide some comfort, but maybe not enough, for those afraid of heights.

As for the inspiration behind the design of the Kyoto Tower, its shape and white-red colour scheme were meant to make it resemble a Japanese candle. What’s also interesting about the design of Kyoto Tower is that it’s actually two buildings in one. The tower stands on top of 9-storey commercial building, to help skirt a regulation regarding building heights.

Because of the way that Kyoto Tower is designed, understanding the layout can be a little confusing. In fact, it’s best to think of the two parts of Kyoto Tower is separate structures entirely. The nine-storey building at the bottom features all sorts of facilities and businesses, including the ticket booth on the first floor.

However, to reach the tower involves taking the elevator up to the 11th floor and transferring to a separate elevator for the tower. The floors of the tower are numbered separately from the other building, so you’ll find yourself passing the Level 3 and Level 5 observation decks travelling up from the 11th floor.

Views from the Observation Deck 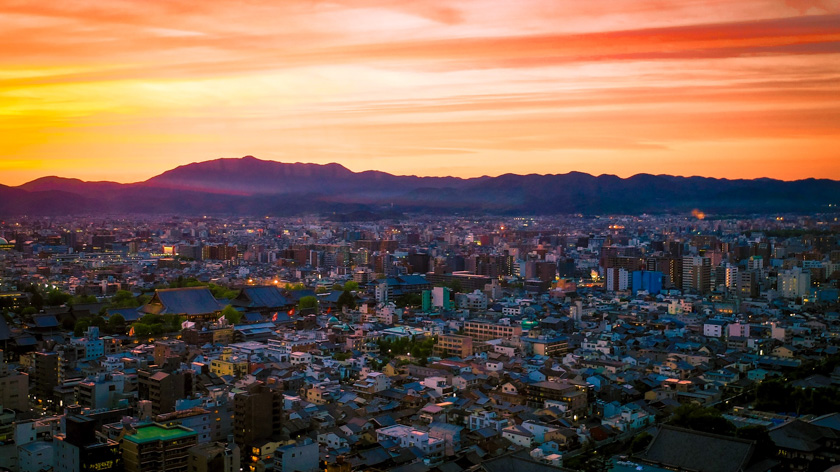 The prime attraction for tourists visiting Kyoto Tower is naturally the chance to see the tower’s epic city views. To see them, you must take two separate elevators to reach the observation deck on Level 5. Sitting 100 metres up from street level, you’re treated to a full 360-degree view of Kyoto from this indoor observation deck.

You can not only see the nearby Higashi-Honganji Temple but the entire modern city right out to mountains that surround the city’s position in the Yamashiro Basin. On a clear day you can even spy the distant skyline of Osaka if you’re lucky. Information boards identify landmarks within view, while mounted telescopes make spotting things easier.

Much is made of the observation deck on the Kyoto Tower, but there’s much more to the tower than this one spot. Here are the different facilities situated throughout the two buildings.

Foreign tourists looking for assistance will be glad to hear that the building is home to the Kansai Tourist Information Centre or KTIC on the 3rd floor. There you can get free maps and assistance with booking tours, activities and accommodation. Also, on the 3rd floor is a kimono rental shop and photo studio for those looking to get photos in a traditional Japanese outfit.

You won’t go hungry at Kyoto Tower thanks to its three restaurants and food hall. Two restaurants, the buffet-style Tower Terrace restaurant and VENISIRO with its French and Japanese cuisine, share the 3rd floor of the building. Then there’s the open-air Beer and BBQ Garden on the 10th floor and a food hall on the first basement floor (B1F). Kyoto Tower also features a hotel, the three-star Kyoto Tower Hotel that fills the 5th to 9th floors.

If you want a drink with a view, then the KUU Sky Lounge is where you want to go. Situated on the 3rd floor Observation Deck in the tower, this café and bar is 45 metres up, so it enjoys some nice views of the city. Whether you have a coffee during the day or some drinks in the evening, KUU is nice if you want to relax and look out a window.

While the focus with visiting Kyoto Tower is so often about going up, if you drop below street level you find the Daiyokujo Yuu spa. This large public bath on the third basement floor (B3F) is quite a typical Japanese bath house, although maybe a little more expensive than common Japanese spas.

Tips for Visitors to Kyoto Tower

The JR Chuo line (中央線), or simply JR Central line runs through Tokyo in an almost direct line and stops at important stations.