As much as Japan can seem a modern, even futuristic destination at times, it’s still a country with enduring traditions that easily fascinate international visitors. One such custom is the Japanese tea ceremony, a ritualistic activity that is an artform all to itself. Known as the Way of Tea and called sadō, chanoyu or chadō in Japanese, the custom is a ceremonial serving of matcha green tea within a traditional tearoom.

Many travellers want to experience the hospitality of this tea experience in Japan, something which is becoming easier and easier these days. To give you an idea of what this experience is like, we’ve put together this quick Japanese tea ceremony guide.

History of the Japanese Tea Ceremony

Before getting into the rituals and details of a Japanese tea ceremony, it’s important to first understand where that tradition stems from. The history of the tea ceremony, but Japan’s relationship with green tea is even longer. Tea was first introduced to Japan from China in the 9th century and was initially exclusive to monks and later the Imperial family. It was between the 12th and 16th centuries that drinking tea grew in popularity, eventually reaching every corner of Japanese society.

It wasn’t until the 15th and 16th century that sado became an established part of Japanese tea culture. Two figures had a profound effect on its development, Murata Jukō and Sen no Rikyū. Juko was a Buddhist who established the philosophical principles of sado, namely harmony, respect, purity and tranquillity. Rikyū, on the other hand, promoted the idea that each meeting was unique, making it special and worth treasuring through a special ceremony. From these ideals, many schools of sado, have involved and are practised to this day.

Although tea ceremonies are often talked about in broad terms, there are actually many different types that take place. One way ceremonies can differ is their level of formality, which may come as a surprise given how traditional and formal the custom appears to outsiders. Believe it or not, the kind of tea ceremony most tourists see is actually the informal type, known as chakai. The more formal alternative, known as chaji, features a full meal, multiple teas and can last as much as 4 hours.

The other way tea ceremonies can vary is due to the time of day or season in which they take place. This means there are subtle differences between tea ceremonies held in summer versus winter, but also morning ceremonies compared to evening ceremonies. For instance, a tea ceremony that takes place in the early-evening in summer is known as yuuzari-no-chaji and involves watching the sunset.

What to Expect from a Tea Ceremony 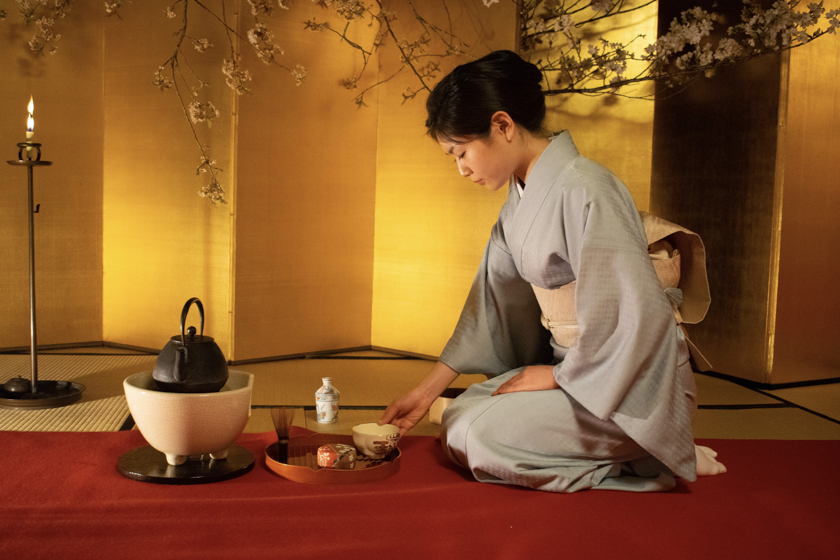 Although they may be excited to witness a tea ceremony in Japan up close, many travellers don’t know exactly what’s in store for them. Essentially, the ceremony is a performance where a host serves their guests green tea in a formal manner. The ceremony typically takes place in a traditional room, lined with tatami mats, following a rigid process of steps.

Tourists usually experience chakai ceremonies, which last from 30 minutes to an hour. Traditional ceremonies usually host about 4 or 5 guests, who are each served a teacup of thin green tea. More formal sado include the drinking of thick green tea, which is drank from a bowl shared by guests. Besides the tea, chakai gathering usually also includes sweets and possibly a light meal.

Being a traditional activity that has lasted centuries, you can bet there’s plenty of customs and etiquette associated with a Japanese tea experience. To ensure you behave appropriately and not cause offence, it’s best to try and learn these norms before you go. However, if you are going to an English-speaking ceremony for tourists, chances are the etiquette will be explained to you as part of it. To help you get started though, here are some pointers:

Where to Find Tea Experiences in Japan 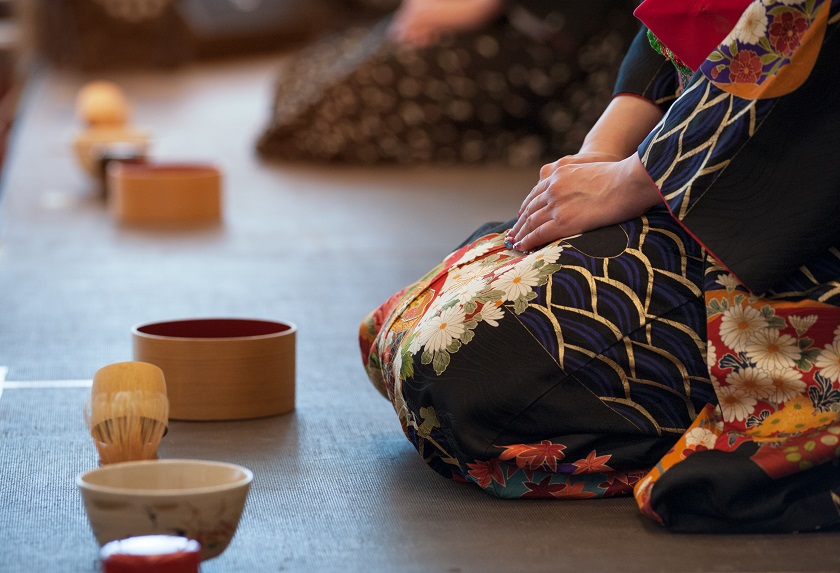 The most common tea experiences for tourists are centred in popular destinations like Tokyo and Kyoto, with options like:

From Tokyo many amazing sights are within easy reach. By basing yourself in the city you can use your JR Pass to day trip out to these Japanese gems.

Visiting Japan for the first time? The rail system can seem doubting at first. Here are 5 mistakes you can avoid by simply reading the article.