Exploring Japan’s cuisine is a challenge every visitor should set themselves because Japan has such an incredible variety of food and regional dishes to offer. However, there are few food or drinks that are as fundamental to Japanese cuisine and yet as simple as green tea. In Japan green tea is deeply ingrained in the culture and has long been the most consumed beverage in the country. So, if you’re looking to understand Japan a little better through its food, green tea is a great place to start.

While it is strongly associated with Japan nowadays, green tea actually came to Japan from China in the early 9th century. It’s believed the drink was brought across by Buddhist monks and at first was solely drunk by Buddhist monks, with the Imperial family later following suit as growing tea became more common.

It wasn’t until the 12th century, under the guidance of Eisai a Buddhist priest, that commoners were encouraged to drink it for their health. Since then, green tea has become a mainstay of Japanese cuisine, while other teas like black tea and oolong have never caught on. 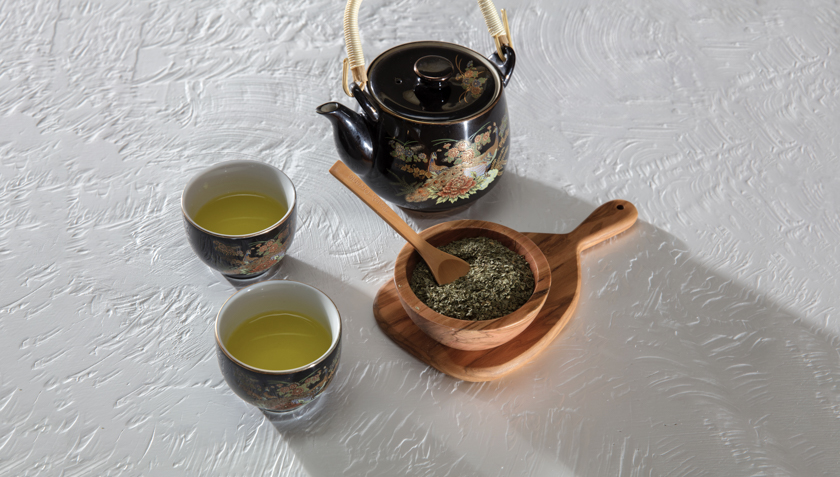 Since green tea has been around in Japan for so long, it’s little surprise that the drink has become important to different aspects of Japanese culture. These aspects range from the religious, to health and wellbeing, and most noticeably in Japanese hospitality. For instance, when you visit restaurants in Japan it is typical for complimentary green tea to be served once the meal is over. Similarly, visitors to temples and gardens will often be served green tea as part of their experience there.

Perhaps the most well-known cultural activity in Japan relating to green tea is the famed Japanese tea ceremony. This longstanding ritual is a chance for a host to welcome guests in a peaceful, traditional tearoom on tatami mats. It involves preparing and serving the tea according to the “the way of tea” tradition, although there are different degrees of formality for the ceremony. Tourists can experience a Japanese tea ceremony, kimono and all, at certain dedicated tea houses.

Types of Green Tea in Japan 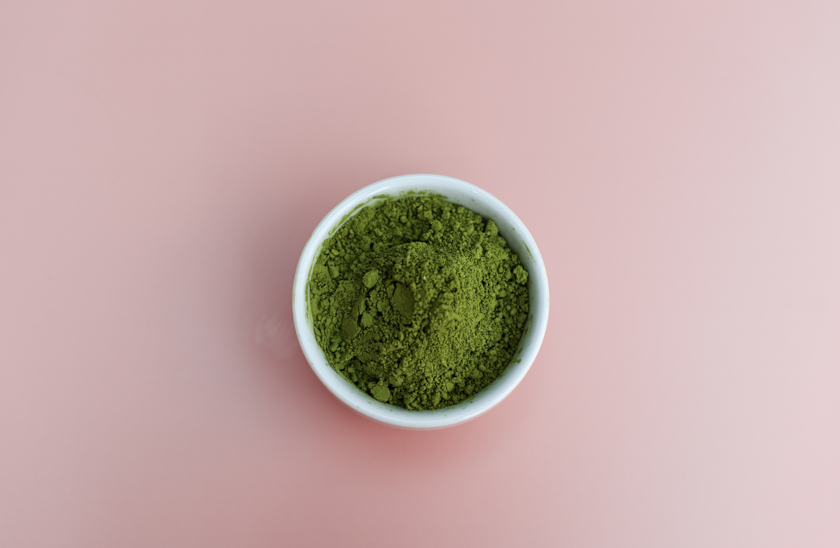 If you’re not a “tea person” you might not realise that there’s more than one type of green tea. In fact, Japan is home to close to 20 different types of green tea, each with their own subtle differences in flavour. The flavour of each type is the result of a whole bunch of factors, from whether the plant is grown in shade or sunlight, to when in the harvest its cultivated, to how it’s processed.

It’s worth noting that the plant used – Camellia sinensis – is exactly the same as that used for black and oolong tea.

The type of tea also depends on what part of the Camellia sinensis plant is used. Yes, it’s not just tea leaves that are used to create green tea in Japan, but also for instance, twigs and stems like in the case of kukicha. Then there are types that use other ingredients entirely, like genmaicha, which is made with roasted brown rice in it.

By far the most popular type of green tea in Japan is sencha. Thanks to its balance of sweet and acidic flavour, sencha has become the standard, everyday tea in Japan. Sencha is made from the youngest leaves plucked during the first harvests and is grown in direct sunlight. The leaves are then processed by being steamed, left to dry out and then rolled.

Another type of green tea many people will be familiar with is matcha. This type of tea comes in powdered form and is known for its strikingly vibrant green colour and its earthy, slightly bitter flavour. Matcha is grown in the shade and is steamed and then dried out, before being ground up. It is matcha that is typically used in Japanese tea ceremonies.

Growing beyond just tea, matcha has become a wildly popular ingredient and flavour in all sorts of foods, including ice cream, sweets and pastries.

Beyond the two above well-known types of green tea, there are plenty others, but Shincha and Gyokuro are two of the most exclusive types. Shincha is similar in many ways to Sencha, although it represents the very earliest harvest of young tea leaves. As such, it’s only available for a limited time and is particularly sweet. Gyokuro, on the other hand, is a shaded tea like matcha and has a richer flavour, colour and aroma. 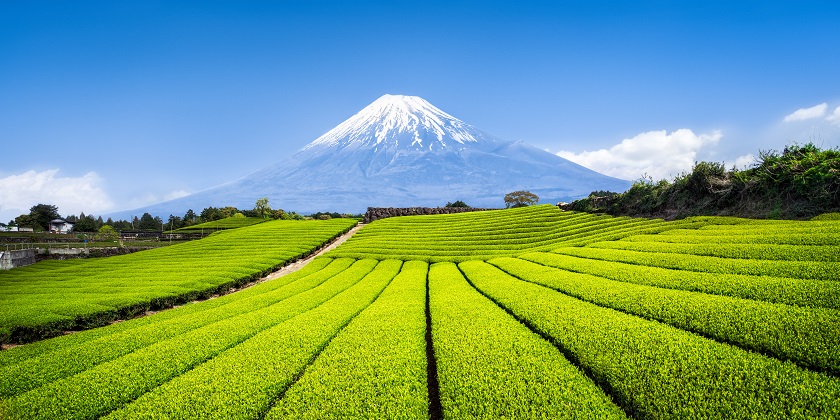 With such a demand for green tea around Japan, there are many regions in which tea is grown and cultivated. Despite the deep traditions related to tea in Japan, very little tea in Japan is handpicked and most of the industry uses modern equipment. On the same note, most green teas in Japan are a blend of leaves from different regions, so you won’t find too much regionalism in the final product.

Tea production in Japan started around the small city of Uji, in between Kyoto and Nara, making it one of the country’s oldest green tea regions. From the 1100s onwards, the region gained quite a reputation for the quality of its tea, a reputation it keeps to this day. Visiting the Uji region, you’ll find plenty of places serving up green tea, offering tea ceremonies and workshops on making matcha.

Although not the oldest, the prefecture of Shizuoka is Japan’s largest modern producer of green tea. It’s estimated that around 40% of sencha in Japan is produced there, owing to the ideal growing conditions of the local topography. Of course, that means it’s possible to see the magnificent sight of endless rows of tea leaves at certain Shizuoka tea farms, some of which like the Imamiya Tea Planation have views of Mt Fuji in the distance.

For a glimpse into traditional rural life in Japan, travellers should explore the concept of Satoyama.

Spending a night in a traditional inn, or Ryōkan, is an experience you must try while in Japan. Tatami rooms, futon, onsen and kaiseki food!