Twilight Express Mizukaze - the most luxurious of excursion trains

What is the Twilight Express Mizukaze? 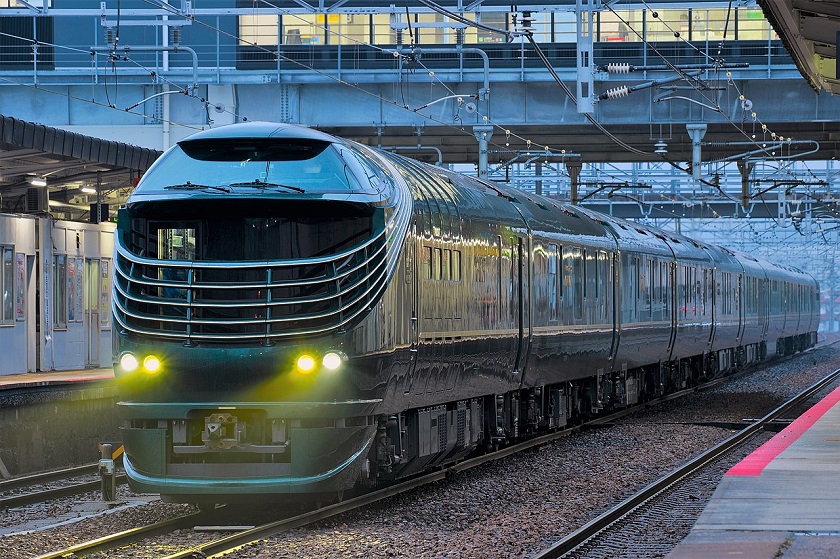 The Twilight Express Mizukaze, sometimes called Twilight express, or simply Mizukaze, is a highly luxurious excursion train that is used for luxury travel around western Japan. With a maximum capacity of only 34 passengers, this train is among the most exclusive trains in the world, with a waitlist that can be over half a year, it is a true privilege to get on board.

The Mizukaze is not just a train, it’s a 5-star hotel that travels past the most beautiful views of western Japan. Along the route exquisite dining is served, prepared by chefs that rank among the best in the world. The Twilight Express Mizukaze is not just a journey, it’s a leisurely travel experience that will be remembered for a lifetime.

Based on the concept of “Superior quality with a touch of nostalgia”, the train has a design that blends nostalgia with modernity, to create an evocative atmosphere of refinement and relaxation.

The train is 10 carriages long, 6 of which house the guest rooms and suites, 1 dining car, 1 lounge car and two cars with observation decks at the front and end of the train.

The rooms and suites 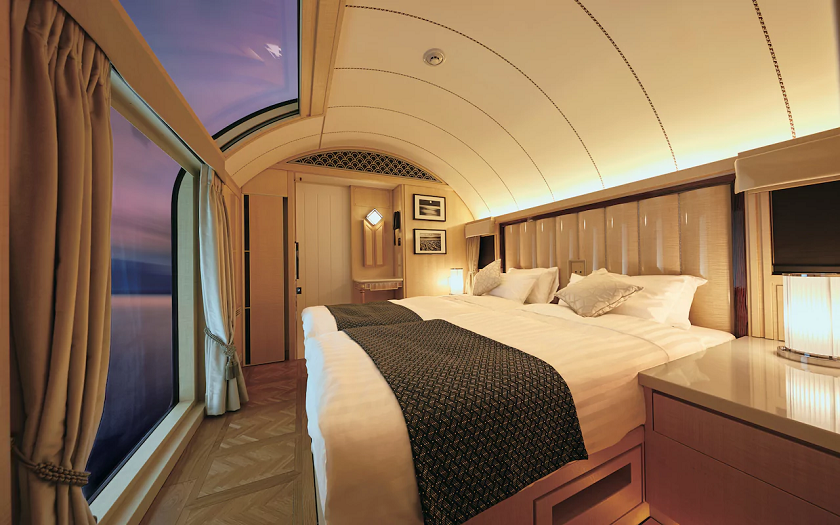 The guest rooms consist of Royal Twin and Royal Single rooms, that serve as private chambers during the day and sleeping accommodations during the night. The most luxurious accommodation is simply called “The Suite”, which is comprised of an entire railcar, the accompanying bathroom even has its own tub. 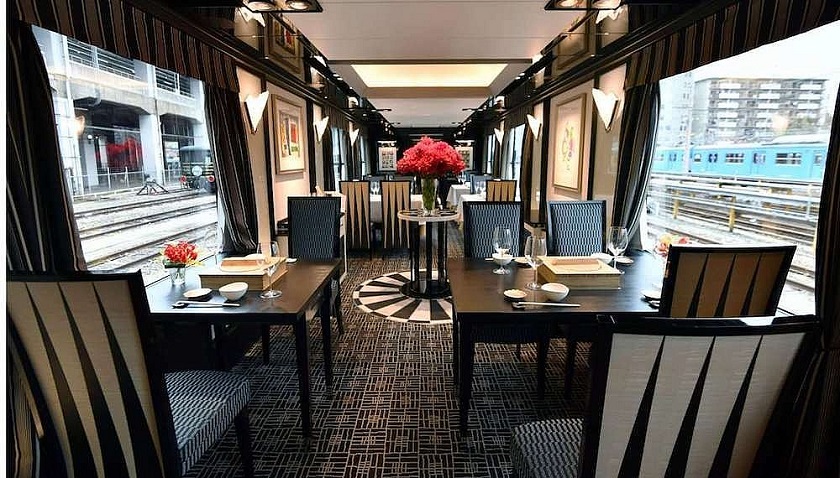 Tables are set along the windows to enjoy the changing scenery, together with an open kitchen, the dining car provides a formal yet open atmosphere. View the landscape roll by while sampling the haute cuisine prepared by expert gourmet chefs. Dishes are served that are made from an extravagant variety of ingredients found along the route. Service is impeccably timed so the dishes coincide with the scenery. 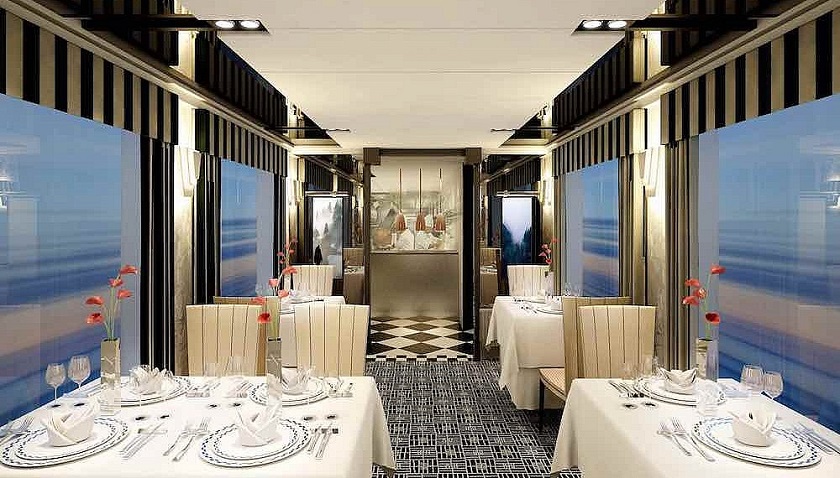 The two cars that form the front and end of the train are there for just one purpose, enjoying the amazing scenery of Japan. The observation decks have an open feel, with large windows where you can see the sky and even the stars at night. 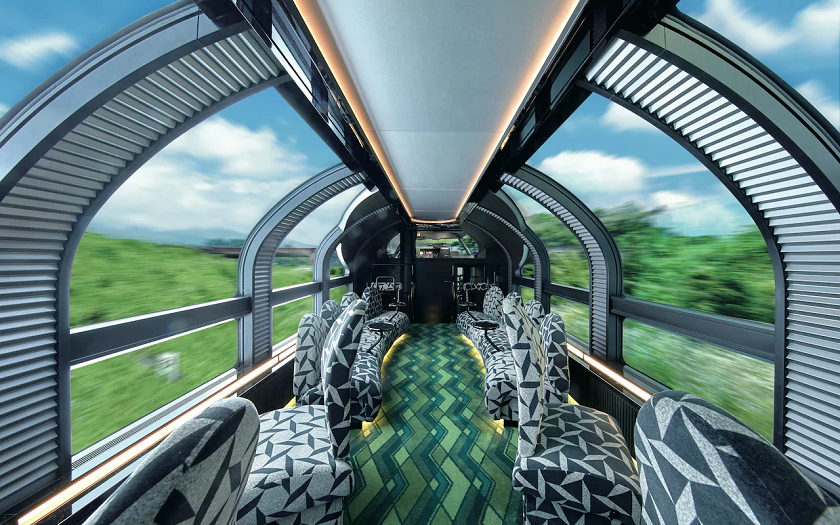 There are 3 routes or “courses” around western Japan: the 2-day Sanyo course, 2-day San’in course and the 3-day San-in + Sanyo course.

The San’yo course follows the coastline of the Seto inland sea starting in Kyoto and going all the way to Shimono-seki. Stops along the way include Osaka, Setonaikai national park, Wake, Onomichi. Miyajima and countless breathtaking views along the Seto sea.

The San’in course starts in Kyoto and then goes north on the Sanin line, following the northern shoreline of Japan. Stops include Kinosaki-Onsen, western San’in area, Hagi, Fukawa bay and many other wonderful views along the route.

The 3-day San-in + Sanyo course is a combination of both and the ultimate trip around western Japan. 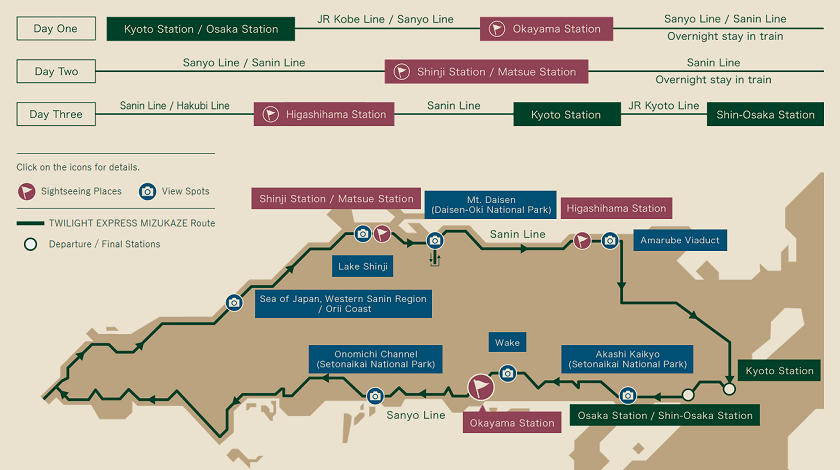 The Mizukaze Twilight express started service on 17 June 2017, yet the name and Japanese tradition of night trains in Japan goes back much further. Prior to the Shinkansen, it was normal to travel long distances in Japan on the so called “Blue sleeper trains”, unfortunately none of these lines service today. One of the last long distance sleeper trains in service was the original Twilight Express, that ran from Osaka to Sapporo. It discontinued service in 2015 with the opening of the Hokkaido Shinkansen. The name, pride and tradition of Twilight express lives on in the Mizukaze Twilight Express

Getting tickets for the Mizukaze train

As mentioned, this is one of the most exclusive trains in Japan and tickets are only available on the domestic market. That means you will have to come to Japan first to attain a ticket. The price is not to laugh at either, prices start at a mere 2,800 usd rate for the 1 night course using a Royal Twin room and up to 5.500 usd for the 2 night course in the Royal Suite.

It goes without saying that the JR Pass is not valid on this train but offers luxury at a much budget friendlier price when using a 1st class Green carriage. The same journey around the San’in and Sanyo can also be done using the Sanyo-San’in Area Pass.

Image courtesy and copyright by JR-West.