Obon, also sometimes known as “Bon,” is a traditional Buddhist holiday celebrated in Japan as well as in much of East Asia. The holiday consists of a three-day festival that honors ancestral spirits and pays respect to the dead. Obon grew out of Buddhist customs while also incorporating elements from Shinto, a folk religion native to Japan. Festivals are a significant part of Japanese culture, with prominent festivals including Obon, Hanami, and even Christmas!

The dates on which Obon is celebrated may vary in different regions of Japan depending on whether communities use a solar or lunar calendar to mark specific holidays. While Japan used to keep track of time based on a lunar calendar, they switched the more common Gregorian calendar at the beginning of the Meiji era. Since then, different regions of Japan continue to celebrate holidays based on a variety of different calendrical systems.

In 2020, Obon will take place from between August 8 and August 16. The busiest days will be the 1st day of Obon (8th Aug) and the following weekend, the 12th and 13th of August. Followed by the last two days of Obon (15th & 16th Aug) when people will be returning home.

The History of Obon

Obon has its origins in a Buddhist myth. The story goes that Maha Maudgalyayana, a disciple of the Buddha, used his powers to look upon his deceased mother, and was distressed to find out that she was languishing in the Realm of Hungry Ghosts, a shadowy underworld full of suffering. The Buddha instructed his disciple to make offerings on the 15th day of the 7th month to Buddhist monks returning from their summer retreat. By doing so, Maha Maudgalyayana was able to free his mother, after which he danced with joy. This dance is said to be the origin of the Obon festival.

Obon has been celebrated in Japan for over 500 years. During Obon, people take time to honor their ancestors. It is believed that the deceased spirits of relatives and loved ones come back to visit the living on these days. Over time, it has evolved into a family holiday where people pay respect to the dead and celebrate with their family members. People often visit the graves of their ancestors in order to clean and tidy them. During this time, ancestral spirits are thought to journey to their household altars before making their way back to their graves. 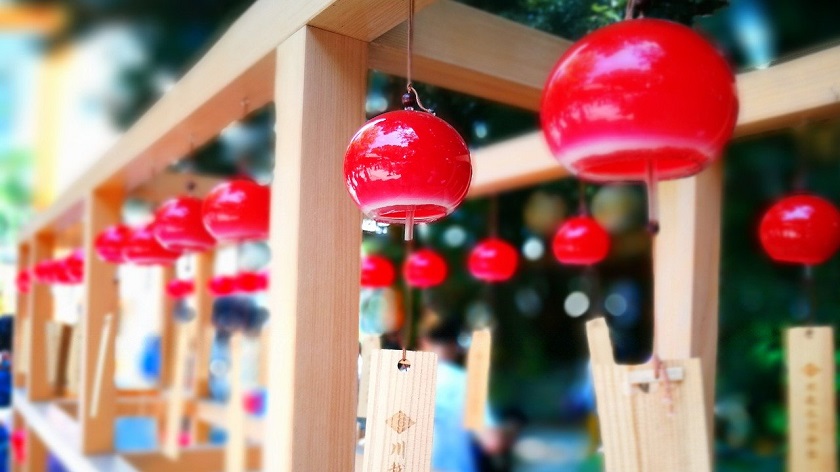 There are a variety of traditions and festivities surrounding Obon. These may vary from region to region and from family to family. Traditionally, people spend time cleaning their ancestors’ graves, and may also participate in dances, festivals, and more.

Toro Nagashi are floating lanterns that are traditionally floated down a river that runs to the sea. These lanterns represent the spirits of ancestors, and are a symbolic way to celebrate loved ones and family members who have passed on. Each toro nagashi contains a small candle that illuminates the paper lanterns as they float downstream.

Bon Odori is a traditional dance used to celebrate the Obon festival. While performances vary widely from region to region, the dance is traditionally accompanied by Japanese taiko drums and is performed by participants wearing yukata. Anyone is welcome to join in the dance, which often takes place in parks, temples, shrines, and other public places.


Places to Visit for Obon

Obon takes place in many different locations in Japan at various times throughout the year. Popular destinations to visit during Obon include Koyoto, Gujo, and Hokkaido, all of which can be accessed using the Japan Rail Pass. Obon represents a great opportunity for photography, celebration, and cultural immersion. If you’re looking to make the most of your experience of Obon while visiting Japan, you should consider renting pocket Wi-Fi to help you plan your trip and keep abreast of weather and festivity news.

Kyoto can be a great starting point for any visit to Japan as well as a destination for experiencing Obon. During Obon, Kyoto celebrates with the Kyoto Gozan Okuribi, also known as the Daimonji Festival. During this festival, huge bonfires are lit on the mountains surrounding Kyoto. These fires can be viewed from all over the city, and offer spectacular sights during the Obon festival.

Gujo, a town in Gifu prefecture, holds a renowned dance known as the Gujo Odori Festival each year. These dances draw thousands of tourists and visitors, and are performed each night from 8 p.m. until 5 a.m. These traditional dances have been passed down for over 400 years, and are a great way to experience Bon Odori.

Sapporo, the capital of the island of Hokkaido, is another great place to experience tradition Bon festivals and Japanese culture. While a smaller festival than some other Obon celebrations, this festival has preserved many traditional elements of the Obon celebration, including traditional Japanese songs and dances.

Do you deliver to my country?

A Quick Guide to Hiking in Japan