Japanese Etiquette: A Guide to Visiting a Japanese Home

Preparing to travel to Japan can seem intimidating. In the bustle of getting an airline ticket, packing your baggage, and ordering your Japan Rail Pass, it can be easy to overlook certain aspects of your impending visit. As a result, many visitors to the country make a number of mistakes that can cause serious damage to the relationships between them and those they visit.

When you visit a host household in Japan, you may be given a set of guidelines to follow. Whether or not this is the case for you, you should know that there are rules of Japanese etiquette that all visitors to Japan are expected to follow. This guide will provide context and actionable advice for the most important aspects to remember.

Japanese norms prohibiting wearing shoes while in certain indoor areas are fairly widely known. There are also some common-sense guidelines to follow — if you see tatami mats on the floor, you should remove your shoes, for example. But what exactly is proper etiquette regarding footwear when visiting a Japanese home?

You shouldn’t kick off your footwear as you might when you get home from a busy day; instead, take them off gracefully. If your host has communal slippers available, use them. If you have concerns about cleanliness, keep in mind that Japanese culture places a high value on hygiene. Communal slippers are typically cleaned frequently.

You will likely spot the rest of the household’s shoes in the “genkan” — a traditional Japanese entryway area. You’ll want to place your shoes neatly alongside the others.

In most Japanese residences and old-fashioned businesses, people place their shoes in the entryway of the building. This area, as noted above, is called the “genkan.” This small area can vary in size, though it is usually proportional to the living area; larger homes can have relatively large genkans, while those in apartments sometimes barely have enough space to hold the household’s footwear. It is generally lower than the rest of the house, though this is not always the case.

Regardless of the specifics, this area is intended to be a clean and orderly place to change footwear and avoid bringing dirt into the living area. Representing the gateway between the outside world and the intimacy of domestic life, the genkan can tell you a lot about the home. It is often elaborately decorated with flowers or ornaments to give visitors a glimpse into the affluence and style of the household.

Entering a traditional Japanese vestibule is an elaborate process. With a traditional genkan, visitors are expected to stand on the concrete floor outside (called a tataki) and wait for a response from someone inside to answer them. Visitors should aspire to look their best, avoiding unprofessional dress and showing off tattoos, as tattoos have highly negative connotations in Japanese culture. They are then greeted and invited to enter from the decorative entranceway (the yoritsuki). Then the visitor can remove their shoes and leave them in this area. Only then can they put on communal slippers (if available) and enter.

Most modern Japanese households have relaxed these strict rules, though removing your shoes is still mandatory. 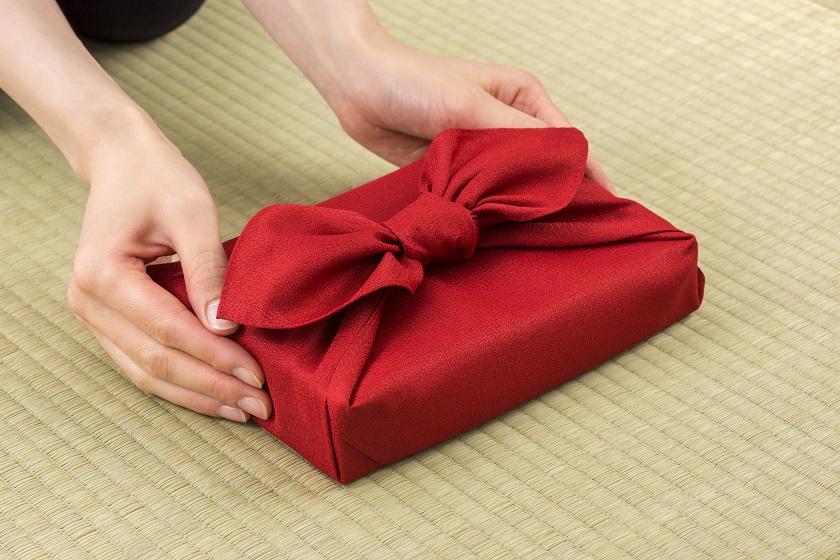 Take a look at practically any Japanese airport, train station, or tourist shop, and you’ll inevitably spot some pre-wrapped gifts. These are commonly snacks or treats, though other small gifts — like candles, soaps, cosmetics, or small items of clothing — aren’t uncommon. These gifts are a part of Japanese culture known as “omiyage” or “temiyage,” depending on the context:

An omiyage is a gift, but note that there are cultural expectations surrounding it. While a souvenir may be bought for oneself, an omiyage is always purchased for others. Further, while bringing home a souvenir for friends and family may be considered a pleasant surprise in other cultures, Japanese people are generally expected to bring omiyage to their loved ones and professional connections. Failing to do so is a major faux pas; indeed, there is a stigma about showing up to a home empty-handed.

You should know that, generally, visitors are not expected to follow omiyage and temiyage customs perfectly. As noted by Japanese culture writer Makiko Itoh:

“The first thing you should know is that you are absolutely not obligated to enter the Japanese gift-giving mire … This is often derisively called the ‘gaijin exception’ and quite a few people (mainly long-term expatriates in Japan or immigrants) dislike it, but … if it gets you out of a rather bothersome, not to mention expensive, social situation, why not use it?”

However, if you want to present yourself as an erudite, prepared, and thoughtful traveler (and perhaps pleasantly surprise those you are visiting), you may want to brush up on the following omiyage/temiyage etiquette tips:

Before looking too deeply into meal etiquette, it’s important to remember that each family may have its own specific rules when it comes to mealtime. The general expectations below will likely be consistent with your host’s expectations, but understand that the household may have more relaxed views on meal etiquette. Practicing proper table manners in Japan is important if you want to make a good impression. To avoid offending others or attracting unwanted attention to yourself, follow these Japanese meal etiquette tips:

This is a basic primer on meal etiquette, but know that there are many intricacies when it comes to specifics. There are lengthy guides on the intricacies of chopstick usage. In particular, Japanese tea ceremonies are rigidly structured, involving many traditional steps to follow.

But you shouldn’t lose sleep over a desire to learn everything there is to know about Japanese etiquette. Don’t expect to get everything right on your first attempt. The host household will notice and appreciate your effort, which can go a long way toward earning their friendship and respect.

Removing your shoes at the genkan, presenting an appropriate gift, and being respectful during meals is a great way to make a good first impression, but there is more to learn before you’re ready to visit a Japanese home. In addition to the above guidelines, there are some miscellaneous general home etiquette tips to follow during key situations:

Be Mindful of Any Other Home Etiquette Protocols: Each household is unique. Your host may set specific rules — whether expressly stated or implied — that you should endeavor to follow. If you are told that alcohol or loud music are not permitted, for example, be sure to adhere to that rule. If family members generally clear the communal living area at a certain time at night, follow suit.

To help you plan the trip, we’ve created this 14-day Japan itinerary that includes Tokyo, Kyoto, Hiroshima and Fuji-Hakone.

Japan. The Land of the Rising Sun. The Ancient World. A cornucopia of historical, cultural, religious, architectural, and culinary delights.