Sushi. Ramen. Sashimi. Gyoza dumplings. Yakisoba noodles. Miso soup. Yakitori. Kobe beef. Tempura. Takoyaki. Okonomiyaki. The list goes on and on. Japan is a paradise for food lovers, but it has so much to offer it could be overwhelming for first-time visitors to the country, or those less familiar with its delicacies, its many regional specialities, and its subtle dining etiquette and customs. We’ll take you around this breath-taking country to discover Japan’s must-eat dishes, mouth-watering regional variations you have to try, where you can find them, and of course, how to get there with your JR Pass, in this special beginner’s guide.

Japan and Food: A Brief History

Japan’s love affair with food goes back thousands of years and finds its origins in the wet-rice cultivation methods imported around 2,000 years ago, the plentiful seafood, and also the introduction of Buddhism to Japan in the 6th century. The latter led to laws and edicts preventing animals from being eaten and, combined with the rice-based cuisine, inspired a vegetarian style of cooking known as shojin ryori. By the 15th century, many of the foods and ingredients eaten by Japanese people today had become a key part of the country’s food culture. These included soy sauce, miso, tofu, and other products made from soybeans. Also, at this time, a formal and elaborate style of banquet cooking developed that was derived from the cuisine of the court aristocracy. This was known as honzen ryori and is one of the three basic styles of Japanese cooking along with chakaiseki ryori (cuisine of the tea ceremony) and kaiseki ryori. At the end of the Edo period, when Japan ended its self-imposed isolation, it opened its doors to Western influences and techniques (the British allegedly introduced the Japanese to curry for example) and it shared many of its own dishes with the wider world (many of which have gone on to become world-famous), but it also maintained its own unique culinary identity. 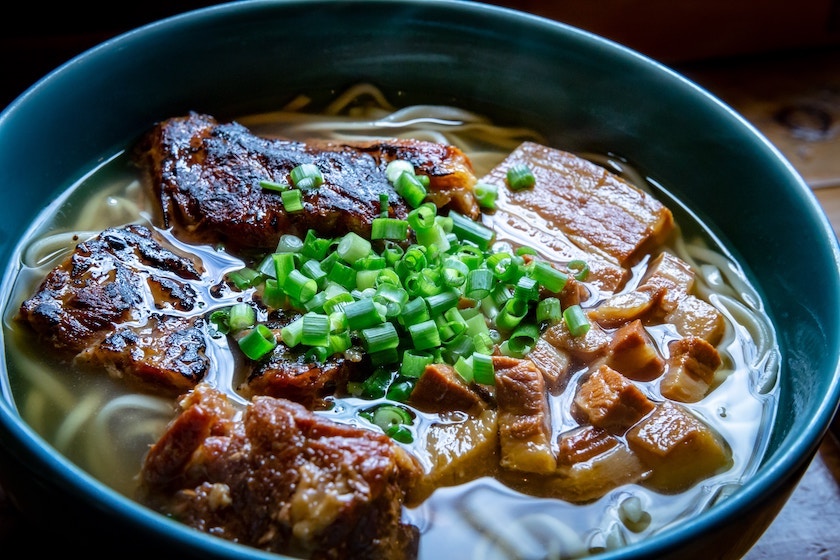 Today, Japanese cuisine or ‘Washoku’, which means ‘food of Japan’ is known for its individuality and exceptional quality. Chefs spend years learning their craft and often focus on mastering a single dish or culinary speciality, elevating it to new standards over years of intense practice. 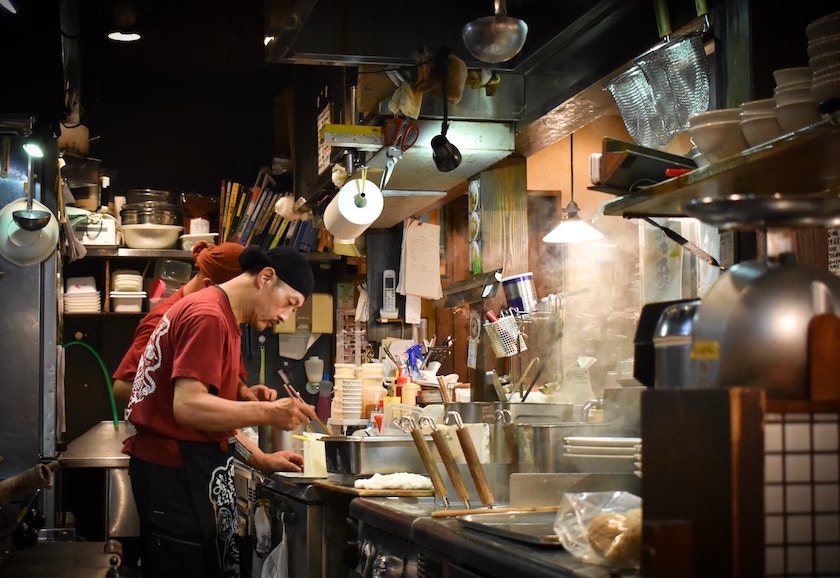 This approach has led to the exceptionally high-standard of culinary excellence in restaurants across Japan, which is reflected in the incredible number of Michelin stars awarded to chefs from the country. Even foods not traditionally associated with fine dining such as ramen and sushi have become gourmet specialities at the very highest level due to Japan’s focus on quality, technique, tradition, and innovation. In the case of sushi for example, the preparation may take decades to master, from making and shaping rice, to perfecting the flavour of fish through aging, massaging, temperature control, and precision of cut. 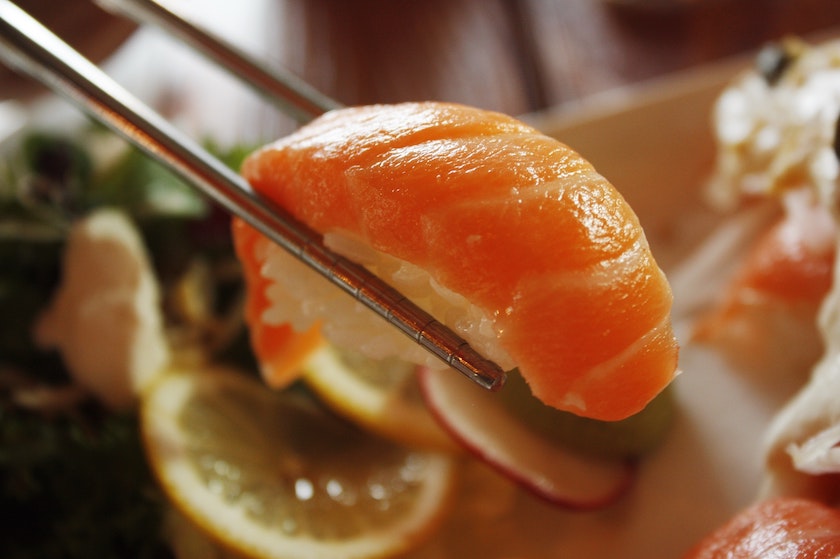 Foodies from all over the world travel to Japan’s Michelin-starred restaurants in Tokyo, Osaka, Kyoto and Hiroshima. However, Japan’s legendary cuisine is not restricted to its major cities, but is spread right across the entirety of the country. And it’s not all fine dining either. Japan is full of small, local producers, street food vendors and stalls, and family-run restaurants. This is a country where regional flavours, locally-sourced ingredients, and ancient culinary traditions come together to create a quality and diversity which has to be tasted to be believed, and that can only be experienced if the whole island is explored.

Japan’s Best Regional dishes (and Where to Find Them)

Thankfully, as well as boasting some of the world’s greatest dishes and culinary experiences, Japan also has a world-leading domestic rail system to connect the length and breadth of the country and transport you from A to B in your Japanese food adventure. A Japan Rail Pass gives you unlimited rail travel and is a smart investment if you want to save time and money on train tickets while sampling Japan’s best regional dishes. You’ll find Tokyo, Kyoto and Osaka easily accessible and well-connected by train, but your pass will also help you reach rural locations more off the beaten track, such as traditional post-town of Tsumago in the Kiso Valley which is famous for its fresh regional food. But with so much to choose from and so many places to go, what regional speciality dishes should try and where can you find them? Here is a list of our recommendations: 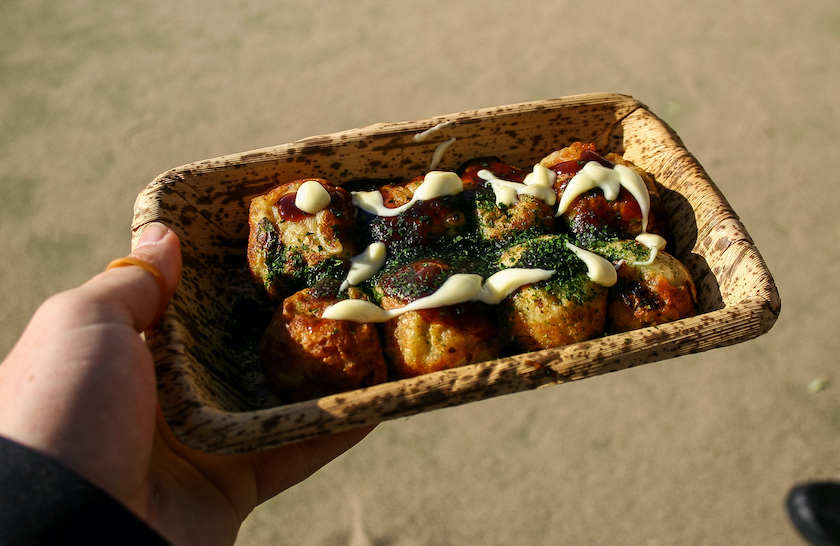 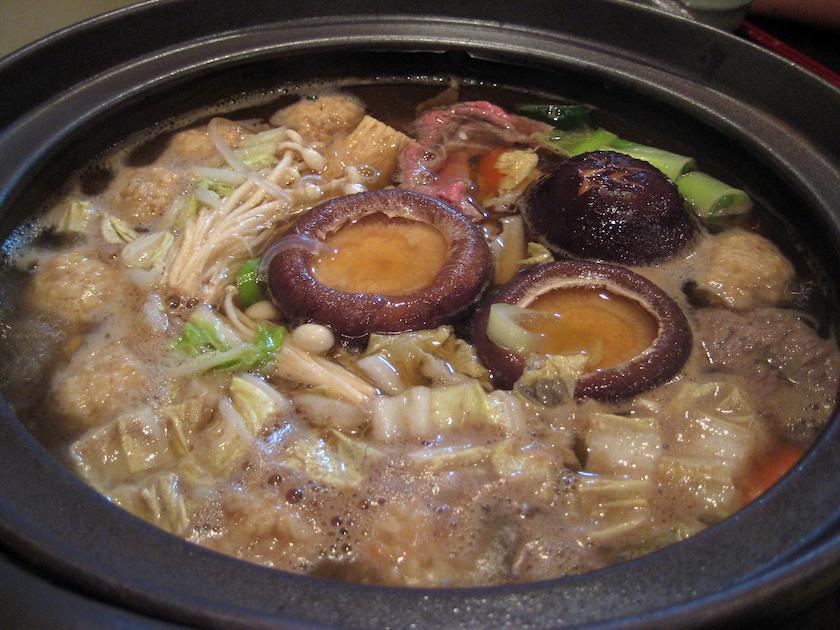 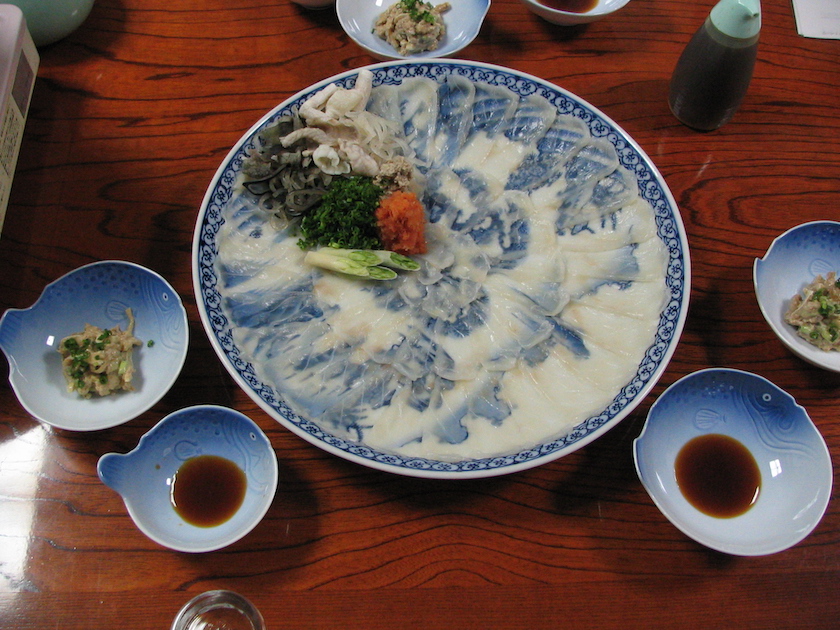 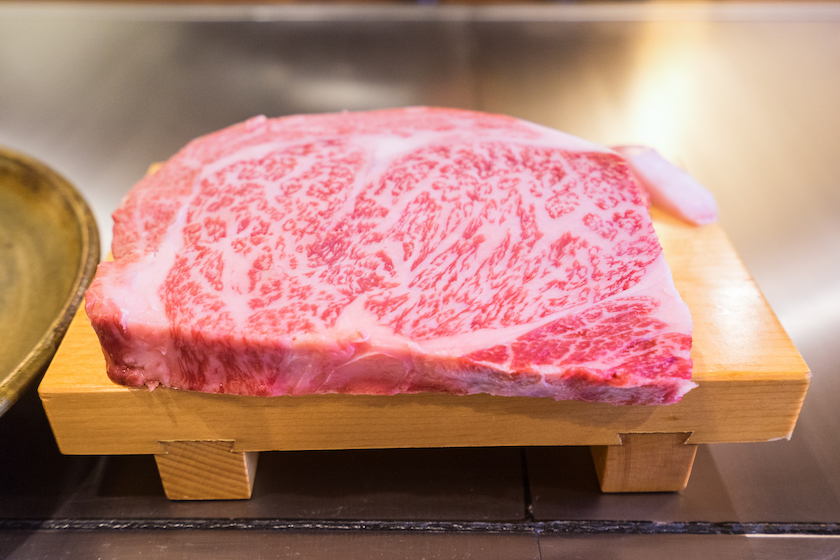 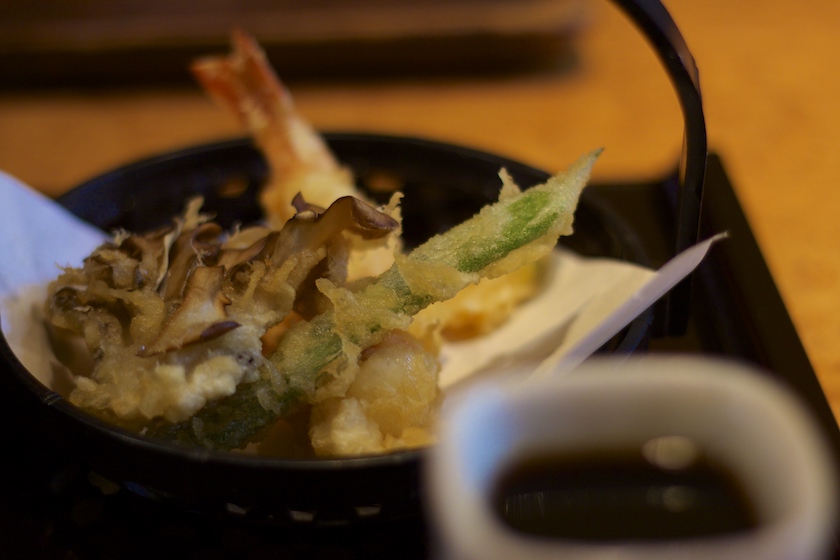 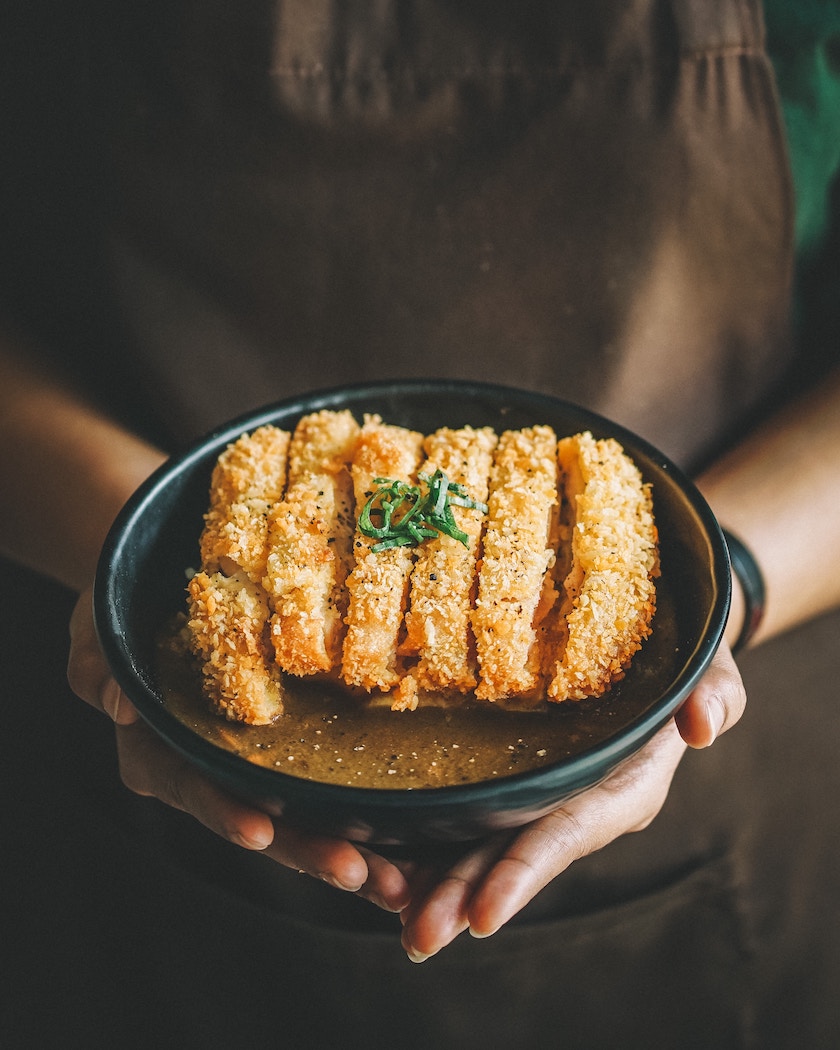 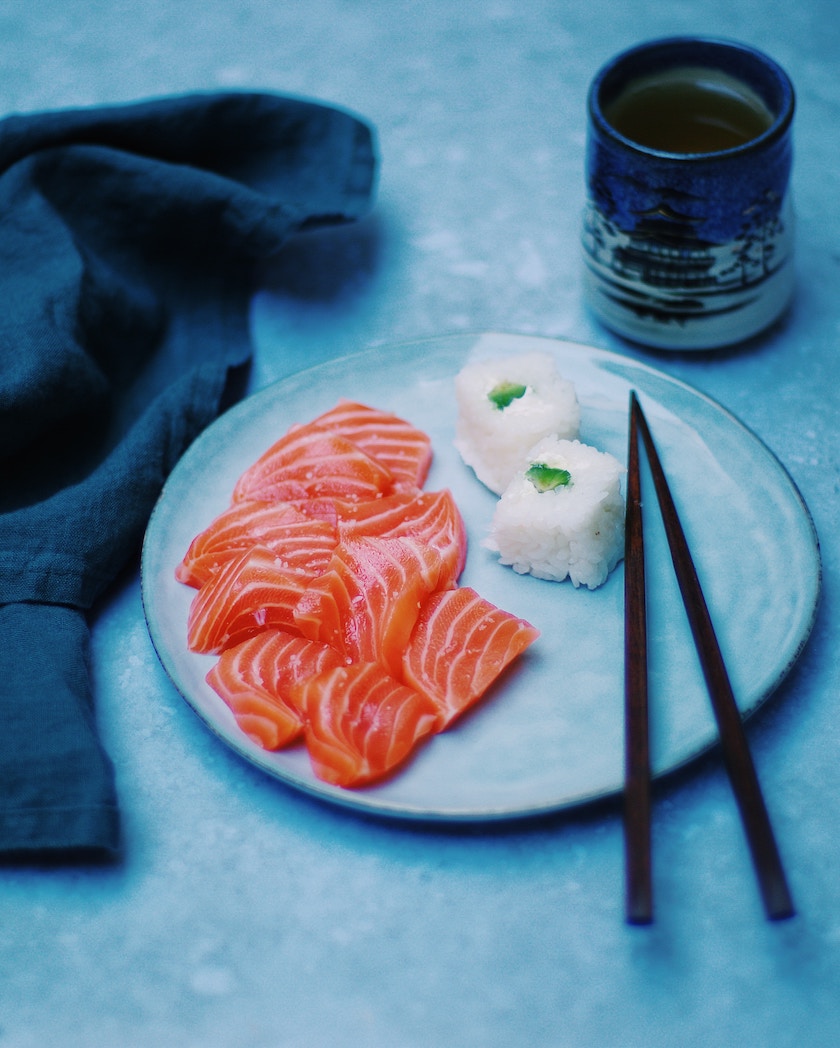 Although this is a relatively long list, it’s still only scratching the surface of the hundreds of regional variations and specialities you’ll find right across Japan. We even left sushi and ramen intentionally off the list as we have covered those famous dishes in detail elsewhere. Needless to say, if you are able to work your way through this incredible list of regional specialities above, it will definitely be an amazing introduction to the diversity and genius of Japanese cuisine.

Alongside its extraordinary street food, local produce, and regional dishes, Japan is also world-famous as a centre of fine-dining with one of the highest concentrations of Michelin-starred restaurants anywhere in the world. In fact, Tokyo is the No.1 city in the world when it comes to having the highest number of Michelin-starred restaurants. Osaka is also internationally renowned as a world-leading culinary destination for food lovers. Remarkably, many of these restaurants are incredibly affordable too. Here are a few examples:

Sushi Masuda, Tokyo – Awarded two Michelin Stars, this high-end and high-class sushi restaurant is an exclusive dining experience with just six seats and exceptional food. If you’re lucky enough to get a reservation look out for specialities such as shirako with white truffles, sayori (needlefish), hirame (flounder), and surume ika (Pacific squid).

Sukiyabashi Jiro Honten, Tokyo – Thanks to a visit from President Obama and the successful documentary film, Jiro Dreams of Sushi, this exclusive and high-end Tokyo sushi restaurant, run by 93-year-old three Michelin star chef Jiro Ono, has becoming even more exclusive. It is so renowned however, we just couldn’t miss it off the list.

Ajikitcho Horienten – Taste Japan’s history and tradition through Naniwa vegetables (distinct vegetables revived to savour Osaka’s cultural and food history), and fresh fish bought from the hands of the fishermen. Relax at this two-star Michelin sanctuary of tradition, with sukiya architecture and natural gardens, nestled in the city.

Ichiju Nisai Ueno Minoten – Dine amidst the scenic beauty and elegance of Mt. Mino while savouring authentic Japanese cuisine in multi-course kaiseki means, artfully presented, and paired with sake. This restaurant boasts two Michelin stars, and a vibrant and picturesque backdrop that changes with the seasons.

Chiso Sottaku Ito – A true taste of Japan may be found here, where flavours from all over the country are used to create exquisite dishes, and are enhanced by aging techniques. The shop boasts a freshness of spring water and kelp that are used to make soup stock unique to this location.

To find out more about the Michelin Star rating system and for a comprehensive guide to these restaurants across this incredible country, read A Guide To Japan’s Michelin-starred Restaurants.

Japan’s customs and etiquette may seem daunting if you’ve never been to the country before, but knowing a few simple rules will make navigating the country a breeze. Naturally, there are lots of customs and etiquette around dining given Japan’s reputation for culinary excellence and the nation’s love affair with food. Here are a few top tips for Japanese table manners for beginners:

Of course, don’t worry if you don’t get everything perfectly right on the first try. The Japanese are known for their hospitality and gratitude, and are often forgiving of travellers who aren’t accustomed to their ways. For a more detailed guide read A Guide to Japanese Table Manners and for more general advice on customs and etiquette check out A Guide to Japanese Etiquette.

Japan’s rice fields provide one of the most majestic and nostalgic locations to visit across the whole country. Discover where to go and the cultural significance of rice to Japan in our latest guide.