Ever since the first Olympic Games mascot was created for the Grenoble Winter Olympics in 1968, Olympic mascots have become a popular element of the games. They allow host countries to put their own symbolic touch on the games and allow people to interact with this immense event on a personal level.

Not only are the mascots everywhere during the games, but their merchandise is bound to linger about for years after the games have been and gone. With the city of Tokyo hosting the 2020 Olympics and Paralympics, and in charge of coming up with fun and memorable mascots, you’d think the job is in pretty safe hands. And you’d be right.

So, let’s get to know the mascots of the Tokyo 2020 Olympics and Paralympics, shall we?

To represent the Olympic spirit, we have Miraitowa as the Tokyo 2020 Olympic Games mascot. A character that is described as cheerful and highly principled, it was created with a focus on the Japanese proverb “learn from the past and develop new ideas”. That spirit is infused both in the look of Miraitowa, but also in the name chosen for it.

While Miraitowa has a rather modern, manga-style look to it and added details like its superpower that lets it teleport, some traditional elements have also been incorporated. Much like the Tokyo 2020 Games Emblem, the indigo chequered pattern used in its style has great significance. It’s known as “ichimatsu moyo” and for centuries this design and particular colour have represented elegance and grace.

Miraitowa’s name also incorporates the character’s balance between tradition and innovation. The name comes from the words “mirai” and “towa”, which mean “future” and “eternity”. In that sense, Miraitowa embraces the future while remembering all that has come before.

Now we come to the cherry blossom-themed Someity, who is the designated Tokyo 2020 Paralympic Games mascot. Unlike Miraitowa, Someity is more of a calm and composed type, with great reserves of determination. It is this inner strength and resilience that make it the embodiment of the spirit shown by Paralympic athletes.

Someity also benefits from superpowers, although theirs are drawn from its connection with nature. It’s said to have “cherry blossom tactile sensors” that give it the power of telepathy. On top of that, it can also communicate with the elements, from the stones to the wind. It too incorporates the Ichimatsu pattern, but only in its cape, that also gives it the power of flight.

With all these connections to nature and cherry blossoms, not to mention its many powers, the origin of its name shouldn’t be too surprising. Someity is said to come from “Someiyoshino”, a type of cherry blossom, that just so happens to sound an awful lot like the English phrase “So Mighty”. Very fitting, right?

Selection of the Tokyo Olympics and Paralympics Mascots

To understand the mascots for the Tokyo Olympics and Paralympics, it helps to know a little about how they were chosen. Taking a novel approach, the Tokyo Organising Committee of the Olympic and Paralympic Games put the selection process in the hands of elementary school children.

Kids from 16,769 elementary schools across Japan selected from several pairs of short-listed designs. They were the ones who chose the Ichimatsu-styled pair designed by Japanese artist Ryo Taniguchi. Having chosen the design, there was a second ballot to decide on their names. Miraitowa and Someity were unveiled with their names July 22nd, 2018.

Role of the Tokyo 2020 Olympics Mascots

Now that we’ve gotten to know the Tokyo Olympics mascots, you might be wondering what they’ll be doing during and leading up to the games. Ultimately, the main job of the mascots is to help spread the spirit and joy of the Olympics and Paralympics.

They’re already participating in events counting down to the start of the games and they’ll be seen parading about in both the Opening and Closing Ceremonies. You won’t have any problem finding them for a photo either, as they’ll be in and outside many of the event venues during the competition.

Miraitowa and Someity will also be part of the Tokyo 2020 Robot Project, so there’ll be robots of the mascots out and about during the Olympic games. That’s definitely a unique Japanese-spin on the concept.

Curious to see more of the Tokyo Olympics mascots? Well it couldn’t be easier to see what they’re getting up to in the lead up to the Olympics.  While they’ll be busy enough during the actual games, they can be seen at events like the “300 Days to Go until the Olympic Games Tokyo 2020!” that was recently held in Fukushima.

To check out what they’ve been up to, you can follow both Miraitowa and Someity on Instagram, or take a look at the special Mascot Diary.

Looking to be part of the event or want a token of remembrance. Then there are many cool merch options available for the Tokyo Olympics. They can be ordered online via the official Tokyo 2020 Olympics shop and purchased at major retailers like Yodobashi Camera. 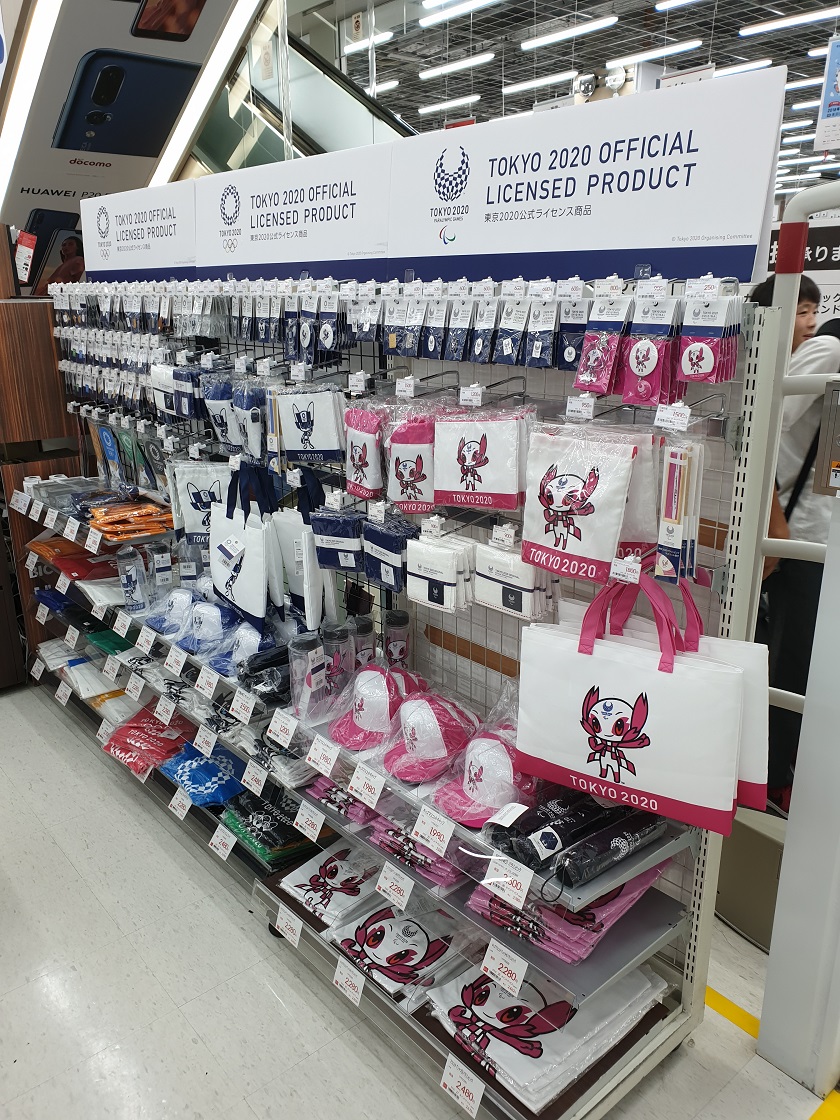 Step back in time with a visit to Shinsekai and experience the best of retro futuristic Osaka street life.

Odaiba (お台場) is the most modern part of Tokyo, build on a reclaimed island in Tokyo Bay. Just getting there is like stepping into the future.