Introduction to the Tokyo Olympics

The year 1964 was the first time Japan hosted the Olympics, its legacy is still present today and thus it was with great celebration that Tokyo announced it had won the bid for the 2020 Summer Olympics. Ever since, work has commenced to make it the best Olympics to-date. Starting on Friday, 24th of July, the opening ceremony will be held at the Olympic Stadium. Games will conclude 6 weeks later with the closing ceremony on Sunday 9 August 2020.

Large construction works to infrastructure have been undertaken, the Tokyo commuter system has been revamped, a complete new Olympic venue was built and all together over 45.000 staff and volunteers will be assisting during the Tokyo Olympics. The Tokyo 2020 Olympics are set to be the biggest Olympics in scale ever.

It is not only Tokyo that has gotten an upgrade, the Olympic games themselves are bigger than ever. There will be an expected attendance of 206 countries and 11,091 athletes. New sports for the 2020 Olympics include: Baseball/Softball, Karate, Skateboarding, Sport Climbing and Surfing.

Planning your trip to the Tokyo Olympics

Planning to attend Tokyo Olympics is straightforward: book a flight to Japan, then your accommodation and tickets for the games that you want to attend. Getting flights and game tickets booked is the easier part. For a flight, find a fare you like and book it. With the games, key is booking early. Nationwide transport can easily be done with the JR Pass. It’s planning your accommodation where it becomes harder.

Staying in Tokyo during the Tokyo Olympics

Finding the right accommodation that matches your personal budget, wishes and location may not be an easy task. With the high influx of visitors during the Olympics, hotels in Tokyo are going to be fully booked and prices will be higher as a result.

There are good alternatives to Hotels, like AirBnB. Here too scarcity is a problem, prior to 2018 there used to be a wide range of AirBnB options. Under the new Minpaku law proprietors had to register their properties and apply for a license. As a result only about a third of original available properties remained bookable. This has slightly gone up since but the AirBnB market is still nowhere near where it once was. Still AirBnB remains a good option to consider, especially when travelling as a family.

The best tips we can give for booking a hotel in Japan during the Tokyo Olympics are:

1.)Start looking early:
The early bird catches the worm! Compare rates and booking conditions among different hotel booking websites and book early while you have your options open.

3.)Look around different hotel websites:
Prices and available inventory may differ. Sometimes free extras are offered, like free breakfast or a room upgrade. The best prices are often found on the hotel website directly.

4.) Book your accommodation outside of Tokyo:
There are many train lines going right into Tokyo and getting into the centre of Tokyo can be fast, as long as you stay near a station that has a quick connection into Tokyo. This can be one of the many local JR lines, such as the Tokaido line, or even the Shinkansen.

Booking a hotel outside of Tokyo may give you a much better rate and will also be a good way to escape some of the busyness surrounding the games. There are cities close-by Tokyo, like Yokohama, that offer a great alternative as a place to stay, and is only a 20 minute Shinkansen ride away from Tokyo. The Japan Rail Pass includes unlimited travel, so you do not have to worry about transport fees.

5.) Make it a full trip around Japan:
Only book the nights that you are attending a game in or around Tokyo, then go explore Japan for the rest. Not only will you experience way more of Japan, you can also escape the ultra busy metropolis that Tokyo is going to be during the event. Cities like Kyoto, Osaka or Kobe are only a 2-3 hour ride away on the Shinkansen bullet trains.

Transport around Tokyo during the Olympics

While it will be busy during the Olympics for sure in Tokyo, the metropolis is well prepared. The local Tokyo Government, together with JR-East, Keio, Tsukuba, and other local stakeholders have been working hard to make Tokyo ready for 2020.

Improvements to the JR Network in Tokyo include, more services on local trains, the opening of Takanawa station on the JR Yamanote line which will link up with the Tokyo Monorail for quick access to Haneda Airport. Extension of other lines like the Tsukuba express have been made and even a whole new Shinkansen called the N700S Shinkansen will be introduced, the S stands for Supreme! 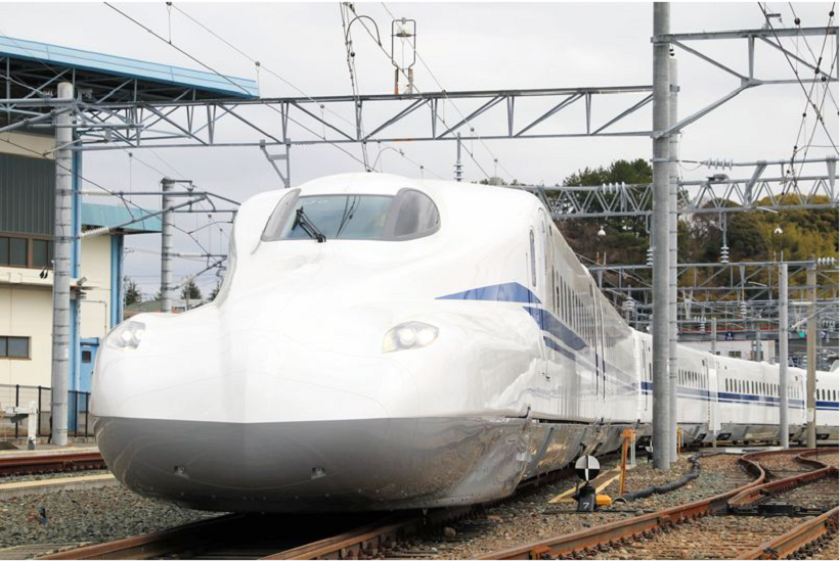 We recommend visitors to get familiar with the JR Yamanote line and JR Chuo lines, by knowing just these two lines, you can visit nearly anywhere in Tokyo.

The Tokyo games will take place over a period of 17 days from July 24 to August 9.

The Opening Ceremony will be held on July 24 at Tokyo’s Olympic Stadium, where the Olympic cauldron will be officially lit and extinguished. The first games will actually start two days before with soccer and softball qualifier matches.

On July 25 is when the real excitement starts, as 21 different sports will start including tennis, fencing, cycling, and shooting.

In days following, Athletics will take place between July 31 and August 9.

The Closing Ceremony will happen on the last day of the games (August 9).

The Tokyo Paralympic Games will then be held starting 15 days after the Tokyo Olympics closing ceremony, from August 25 to September 6. Find out more about the Paralympics here.

*The schedule is tentative as of writing, some events may change due to weather or other conditions. Check the schedule on the official Olympics website here.

Come September, Japan is about to host another of the world’s biggest sporting events, the 2019 Rugby World Cup.

JR-West has a total of 11 regional passes on sale. We’re here to help you find the right JR West Pass for you.