Research shows that in 2016, every 3 in 10 adults in the United States have at least one tattoo — a 20% increase from 2012. The popularity of tattoos continues to rise worldwide, however, this may not be the case for Japan. Aside from basic Japanese etiquette, tourists with tattoos will want to be aware of the possible conflicts of interest they may face.

Are Tattoos Illegal in Japan?

While some view tattoos as an art form, the Japanese government, on the other hand, does not. Although they may not be illegal, tattoos are often associated with the Yakuza, a Japanese gang that covers their entire body with tattoos.

The laws of tattooing in Japan have fluctuated throughout the centuries. In 1872 tattoos of all kinds were prohibited to help give an appearance of civilization and sophistication throughout the country. This prohibition resulted in an increase in arrests and tattoo artists moving their shops underground. It wasn’t until 1948 that tattooing became legal again, however, the stigma around the art has remained.

Responding to an inquiry by the National Police Agency, the Ministry of Health, Labour and Welfare (MHLW) declared that “coloring skin by injecting colors into it with a needle” is a medical act. This means that anyone who participates in the act of tattooing — cosmetic or self-expression — without a medical license violates the Medical Practitioner’s Act.

In 2015 Japanese tattoo artist Taiki Masuda was arrested for violating the Medical Practitioner’s Act. Police visited his tattoo parlor in relation to a criminal case against a pharmacy where Masuda was listed as a client. “Becoming a medical doctor costs a lot of time and money,” says Masuda. “It is ridiculous to think that you’d get a medical license to become a tattoo artist.

He was charged with a fine of 300,000 yen. He decided to appeal, ultimately losing his case, but was fined only half of the original amount. This is a fair deal considering violating the act can result in facing 3 years of prison time or a fine of up to 1 million yen.

Areas Where Tattoos Are Still Banned in Japan

Even though legal, those in Japan with tattoos — whether locals or tourists — often face a variety of issues. In fact, they are often banned from entering public places such as:

If able to, covering any visible tattoos is highly recommended. In the past, it was easier for business owners to turn tattooed people away, whether they lived there or not. Now, with the increase of tattooed travelers and natives, it is becoming more difficult to deny them entry without receiving negative feedback from the public. Researching proper Japanese business etiquette can help people get a better understanding of what to expect when faced with a business that bans tattoos.

Suggestions for Tourists With Tattoos

While tattoos are not illegal, they can prevent people from getting the full Japanese experience. When using public transportation in Japan, such as trains, tourists with visible tattoos will want to keep in mind that their ink may be offensive to some of the locals. With this in mind, tourists may want to get ready for their Japan vacation by:

History of Tattoo Taboo in Japan 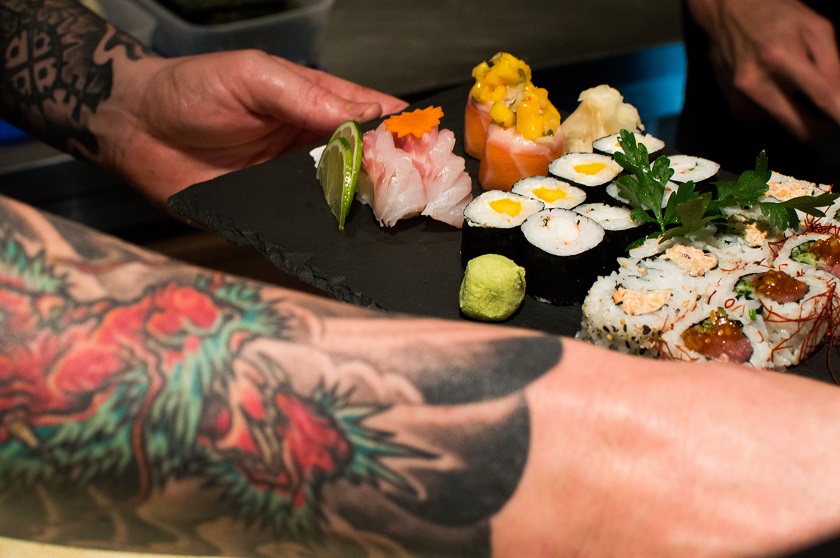 Japanese tattoo culture dates back to the Jomon Period (about 10,500 B.C. to 300 B.C.). Historians found clay figurines linked to this time that had markings on their bodies, representing tattoos or other body modifications, such as scaring. During those years, it was common for the Japanese to use tattoos as forms of punishment. In fact, being punished by being marked with a tattoo — specifically placed on the forehead — was first recorded in 720 A.D. This form of punishment was reserved for those who committed the worst of crimes.

The 17th century marked the end of tattooing as a punishment, however, it started the beginning of a ban on them entirely. Decorative tattooing was seen by the Japanese government as ways for criminals to cover up their ink that they received as punishment. Because of this, pictorial Japanese tattooing flourished during the 18th century in connection with the Edo period. During this time, the Yakuza favored tattoos, for they were painful and to get one showed signs of courage and lifelong loyalty to the gang.

Laws against tattoos were enforced in 1936 after the war between Japan and China broke out, banning tattoos entirely. The Japanese government thought people with tattoos were problematic. It wasn’t until 1946 that tattooing became legal again.

Whether you enjoy the occasional dram or you’re a serious whisky connoisseur, Japan is a must-visit destination for fans of the iconic spirit.

Starting 2016, this information is only for Japanese Nationals wishing to use the JR Pass and who live outside Japan.