The cuisine of Japan is steeped in culinary tradition, reflecting centuries of political, economic, and social change. Through the evolution, an emphasis on seasonality, seafood, reverence and respect, and artistic presentation has persevered. Though Japan has imported foreign culinary cuisines for over a century, the last few decades have resulted in a bloom of Japanese food-making across the globe. This global introduction of Japanese devotion to food has piqued the interest of the international food community, and earned the acclaim of hosting the most Michelin-starred restaurants on the planet.

What Is the Michelin Guide?

The Michelin Guide was created in 1889 by the Micheline tire company to encourage vehicle sales by increasing the experience of the traveler. It was revamped in 1926 by awarding a star to notable establishments, which began its original notoriety. By 1936, teams of anonymous inspectors and diners established the criteria of the star ranking system that is internationally acknowledged and revered today.

Stars are awarded on 5 specific criteria:

Japanese cuisine, or Washoku, which means “food of Japan,” is known for individual specialty. Chefs may take up a honed focus on a singular culinary tradition, striving to master only a single dish in their expertise. This approach has resulted in a number of highly focused restaurants in Japan, that have been accredited with Michelin stars. Sushi, for example, is a globally popular and iconic Japanese food, the preparation of which may take decades to master, from making and shaping rice, to perfecting the flavor of fish through aging, massaging, temperature control, and precision of cut.

Other specialty cuisines known to Japan include:

As the holder of the most Michelin stars in the world, Tokyo is praised as a culinary capital. Consider this list of 3-star restaurants selected from the Tokyo Michelin Guide:

Other Michelin Restaurants in Japan 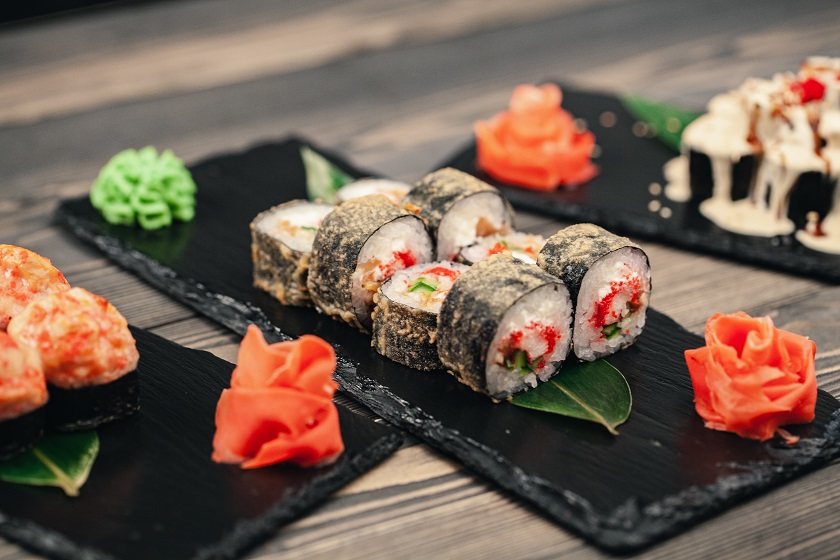 The excellence of Japanese cuisine is not specific to Tokyo, but is spread across the entirety of the country. Regional flavors, local ingredients, and long-standing traditions curate a diversity of encounters as the island country is explored, making Japan a complete adventure for those who appreciate flavor. Urban travelers who are temporary visitors and tourists are eligible for a Japan Rail Pass, which grants access to the whole of Japan, including its diversity of dining experiences. Explore in comfort through the use of the Japan Michelin Guide. The following list includes cities that are accessible using the Japan rail pass.

Sumibi Kappo Ifuki: With two Michelin stars, and a charcoal grill set in the center of the kitchen, this restaurant is sure to stand out. Enjoy the specialties of seafood, homemade soba, or delicately boiled and grilled meats.

Iwasaki: Blending the orthodox with creativity, Chef Iwasaki’s menu includes meat dishes such as duck and lamb, as well as small pots that vary by season. The comfort of this family-run one-star Michelin restaurant is enhanced by the hospitality of the chef’s wife.

Ajiyoshi: For a laissez-faire experience centered around the idea of omakase, which means “I’ll leave it up to you,” one can enjoy the freedom from a menu and exposure to the local variety of seasonal foods at this small, family-owned, one-star Michelin restaurant.

Chiso Sottaku Ito: A true taste of Japan may be found here, where flavors from all over the country are used to create exquisite dishes, and are enhanced by aging techniques. The shop boasts a freshness of spring water and kelp that are used to make soup stock unique to this location.

Ajikitcho Horienten: Explore history and tradition through Naniwa vegetables (distinct vegetables revived to savor Osaka’s cultural and food history), and fresh fish bought from the hands of the fishermen. Relax at this two-star Michelin sanctuary of tradition, with sukiya architecture and natural gardens, nestled in the city.

Ichiju Nisai Ueno Minoten: Dine amidst the scenic beauty and elegance of Mt. Mino while savoring authentic Japanese cuisine in multi-course kaiseki means, artfully presented, and paired with sake. This restaurant boasts two Michelin stars, and a vibrant and picturesque backdrop that changes with the seasons.