A visit to the Edo-Tokyo museum is to learn what life was like living in Tokyo through past centuries. From the Japan medieval era, when Tokyo was called Edo (up to 1869), to recent decades. The museum vividly retells and illustrates the lives from different walks of life, from the Samurai in Edo to the post-war salaryman.

Introduction to the Edo-Tokyo Museum

The museum exhibition starts with the founding of Edo by the Shogun Tokugawa Ieyasu, in 1603. By the early 18th century, Edo had become one of the largest population centres in the world, similar to cities like Paris and London, with over a million inhabitants. At the same time, culture flourished and many of the arts, events, and cultural products Japan is world-famous for today have their origins in Edo-Tokyo. Think of kabuki theatre, ukiyo-e woodblock printing and festivals like the Sanja Matsuri found their origin or at least shape as we know them today in early Edo. 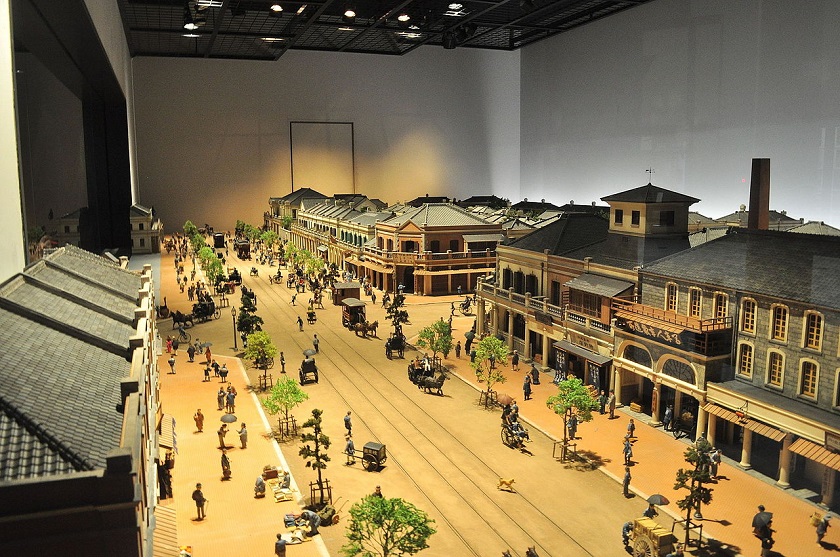 Onwards in the 19th century and Edo was booming, with a quickly growing population and as well culturally, it was only a matter of time before the rest of the world took notice. It is in this time that Edo first saw international, contacts and influence. That contact ultimately led to the Meiji Restoration in 1868, many cities and regions were renamed, and it is here that Edo became known as Tokyo. It is here to that Tokyo began its path to the modern metropolis we know today.

The permanent exhibition of the Edo-Tokyo Museum

Within the Edo-Tokyo Museum, the permanent exhibition takes visitors through the ages of development of Tokyo, there are over 800.000 pieces of art and history on display. The exhibition is grouped in 22 stages, and located on the 5th and 6th floor of the museum. 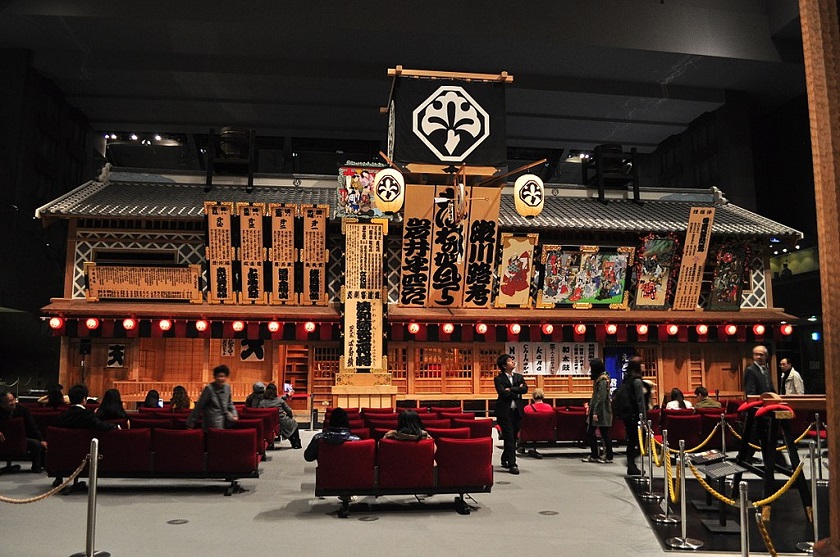 Each stage is set at a certain point and time, and focused on different parts of daily life. For example (in chronological order): Edo Castle and City views, Life of townspeople in Edo, Theatres and Pleasure Quarters, Tokyo in the Age of “Civilization and Enlightenment”, Tokyo and the Industrial Revolution, Tokyo Revived (post-war).

The museum has a changing special exhibition space and hosts different kinds of events throughout the year. It’s worth checking beforehand what might be going on. For example, most Wednesdays and Saturdays special dance performances called Edohaku Yose are performed.

The museum provides free guided tours and service in different languages each day between 10:00 and 15:00. Languages include: Japanese, English, Chinese, Korean, French, German, Spanish and Italian. Reservations should be made at least 14 days in advance and by phone (+81-3-3626-9974). There is no minimum group size.

Tickets can be purchased at the entrance, and admission fees are as follows:

A 20% discount applies for groups over 20 people, and extra fees may apply for temporary exhibitions.

The Edo-Tokyo Museum can be reached on foot from JR Ryogoku station within 3-5 minutes, with is located on the JR Sobu line which runs through central Tokyo towards Chiba and stops at important stations like Shinjuku (JR) and Akihabara and is covered by the Japan Rail Pass

From Tokyo station take the JR Yamanote line to Akihabara station, and their transfer to the JR Sobu line. Directions to the museum are well posted within the station.

Tips for visiting the Edo-Tokyo museum

See some of the most impressive attractions in Ise with a visit to the bayside community of Futaminoura, a place of great cultural importance.

We've contacted Japan Rail and found out useful information that'll come in handy if you're planning on travelling around Japan with young children.