How to Learn the Art of Japanese Calligraphy

Things in Japan often have a way of being more than they seem at first. Activities and artforms often have a much deeper significance and meaning than international visitors first realise. The practice of Japanese calligraphy is a perfect example of that, being much more than artful writing. Only by visiting Japan can you really come to grips with the skill, tradition and spirituality loaded into this seemingly straightforward activity. Here’s what you need to know about Japanese calligraphy and a little on why you might want to learn calligraphy while in Japan.

What is Japanese Calligraphy? 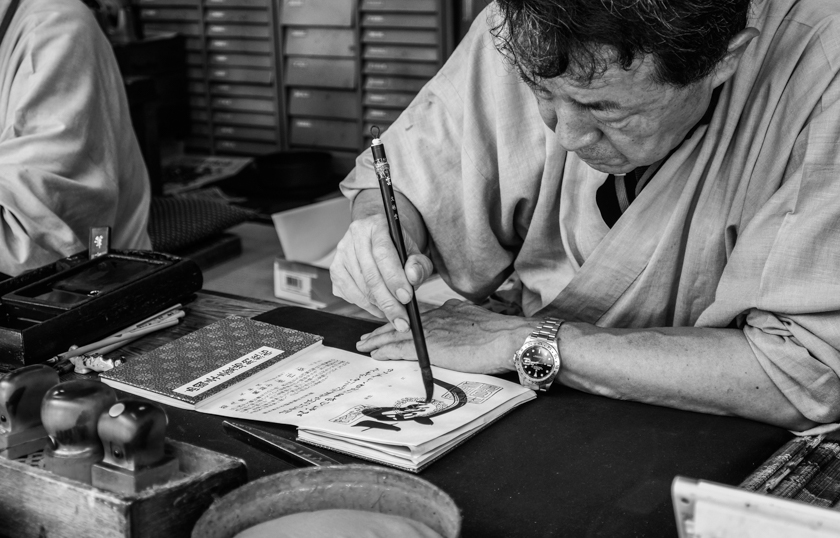 Although the art of calligraphy is found in many cultures across the world, in Japan the practice is known as shodo. Translated as “the way of writing", shodo is the practice of artistically handwriting the Japanese language in ink. This deliberate and Zen-like artform involves painting Japanese characters known as kanji and kana, and is created with precise and ordered brush strokes. Despite how simple it may sound, there’s a great deal of tradition, culture and spirituality woven into this ancient practice.

The History of Japanese Calligraphy

Much like green tea and Buddhism, the art of calligraphy in Japan actually has its origins in China. After all the kanji being written are actually Chinese characters that were adopted in Japan. The practice of shodo was brought to Japan in around the 6th or 7th century and was strongly influenced by the discipline of Zen Buddhism.

However, it also had a practical use, as shodo was used for written records and communications. Because of its importance, calligraphy techniques were handed down from one generation to the next but have gradually found their own distinctly Japanese style. This long history of shodo explains why the artform can also be witnessed in other traditional activities like Japanese tea ceremonies.

The thing to remember with traditional practices like Japanese calligraphy is that it’s more than just an artform. Deeper spiritual and cultural connections elevate what could be a simple pastime into something infinitely more meaningful.

In some instances, it’s said to be a very revealing activity of self-expression, while it’s often described as a very meditative experience that harmonises mind and body. That it has strong connection withs Zen Buddhism and the idea of emptying your mind makes sense in that respect.

It’s also interesting how common this ancient art still is in modern Japan. Some estimates suggest that as many as 20 million Japanese practice shodo and most children continue to learn it during elementary school. That suggests a centuries old tradition that’s still going strong.

What Tools are Used in Calligraphy? 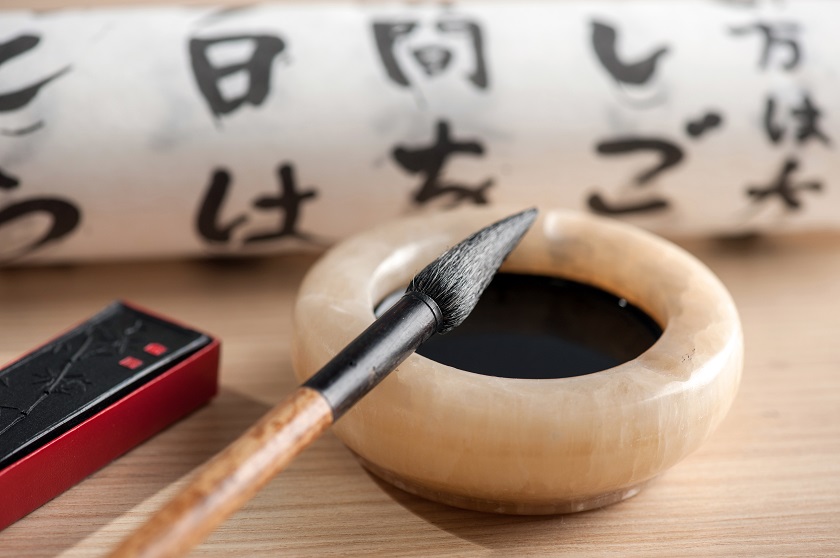 To create the thousands of characters that make up kana and kanji, calligraphers use a combination of vertical, horizontal and diagonal brushstrokes. And yet many things are required to produce each of these brushstrokes. There are four essential tools in the art of calligraphy:

Because of its widespread and varied use in Japanese culture, different styles of calligraphy have developed. The main difference between styles has to do with how cursive each style is which naturally affects each style’s difficulty. Regardless of the style, there are still common principles found in each, like that horizontal strokes are made first.

Three main styles in calligraphy have developed: the regular block style of kaisho; the semi-cursive style of gyosho; and the cursive style of sosho. As the easiest and most elementary, beginners to shodo typically start with kaisho. Gyosho, on the other hand, is the most natural and flexible style, making it also the most popular as a result.

Where to Learn Calligraphy in Japan

To master the art of calligraphy demands a lot of patience and training. However, if you simply want to try it for yourself that can be a much quicker process thanks to calligraphy lessons. Just as you might take a course to learn how to prepare and cook Japanese food, so too can you learn the basics of this artform from an instructor.

There’s several reasons why you might to decide to try learning Japanese calligraphy on a vacation to Japan. Perhaps you’re looking to gain some insight into the country’s more traditional elements. Or it could be that you’re hoping to gain some creative inspiration from trying a new form of artistic expression.

No matter your reasons, you’ll find shodo lessons on offer in many parts of Japan. There are actually quite a few places in major destinations like Tokyo and Kyoto that offer calligraphy experiences where you can spend an hour or more learning the intricacies of shodo. If you just want to see others perfecting their technique, that’s possible as well, with experiences that let you observe students hard at work.

Things To Do, Japanese Writing, Calligraphy,

Chiyoda City is at the heart of Tokyo. Here are the best spots in this attraction-packed ward.

Japanese food is so much more than sushi. Today we explore better and lesser known parts of the Japanese cuisine.