Lighting up the city of Kyoto each July is Gion Matsuri, one of the most famous festivals in Japan. Seeing the Gion Festival is a great experience for visitors to Kyoto, with the festival dominating the city’s downtown area. This huge festival dominates the month of July, with parades, street parties and plenty of food to be enjoyed. If you are at all curious about going to Gion Matsuri in Kyoto, read on to learn about this popular fixture of Japan’s festival calendar. 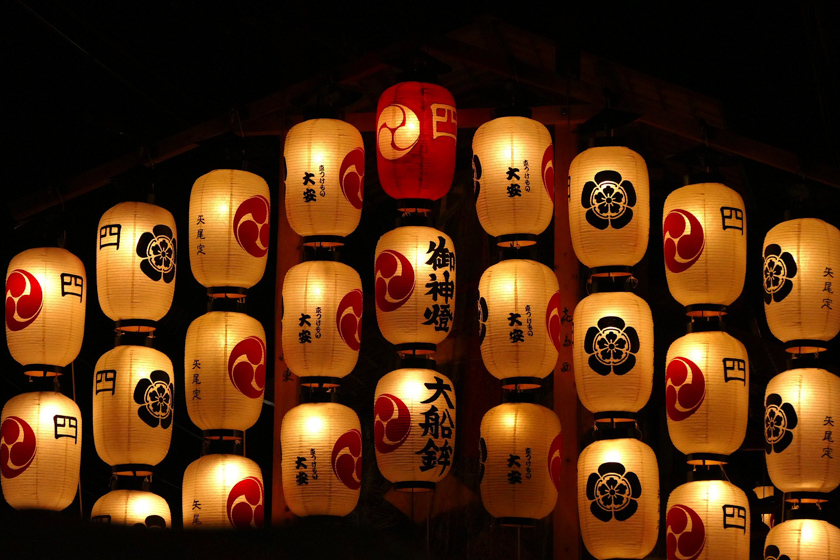 Taking place all through July each year, Gion Matsuri is a festival that’s hard to miss when visiting Kyoto at that time of year. The festival is named after the Gion district of Kyoto, although many of its signature events take place elsewhere in the city.

Gion Matsuri is best known for its grand parades through downtown Kyoto that feature elaborate floats and the street parties that lead up to the parades. These street parties are no small affair either, with streets throughout the downtown area closed to traffic in the evening.
While there’s a lot of history and local significance to the festival, international visitors are still able to fully enjoy this special occasion. From watching the parades pass by to eating their way through all the food stands, the Gion Festival has a lot to offer tourists.
After all, it is one of the biggest annual events in all of Japan.

History of the Festival

Besides being a spectacle, Gion Matsuri is also a festival with a great long history behind it. The festival dates back to 869 when the emperor declared a special ceremony to pray the gods protect the city from a plague.

Even then it centred on the ancient Yasaka Shrine, although it wasn’t until after 970 that it became an annual festival. Only during the Onin War in the 15th century was the festival interrupted.
Of course, with such a long history, Gion Matsuri has undergone changes over the years. While originally a purification ritual, it slowly became a way for merchants to flaunt their wealth. The worldly reach of these merchants meant that artwork from the Middle East and Europe began to be incorporated in the floats from the 16th century. 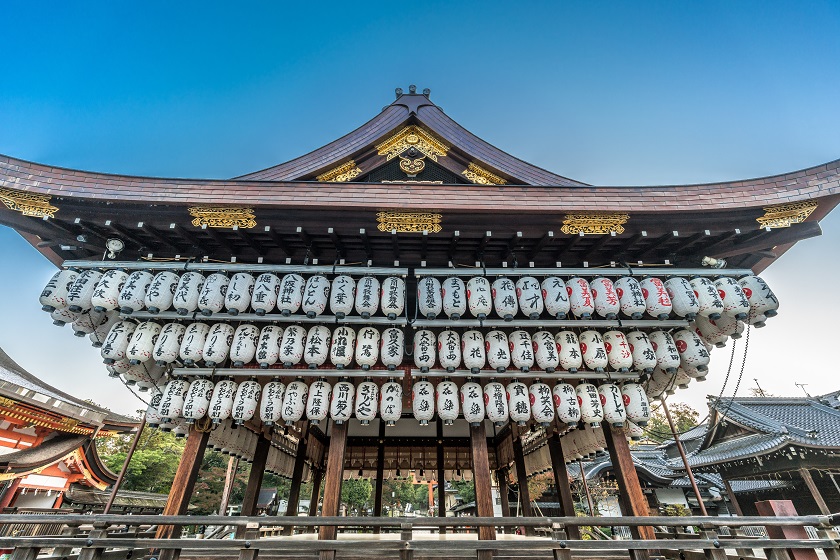 Although Gion Matsuri officially begins on the first of July, there are two purification rituals that bookend the main events of the festival. The first ritual, the Mikoshi Arai, takes places on July 10 and involves a parade of people carrying portable shrines from the Yasaka Shrine. During the parade, the precession will stop at the Kamogawa River for the priests to purify the shrines.
Another purification ritual occurs on July 30, helping close out the month of festivities. This ritual takes place at the Eki Shrine within the Yasaka Shrine grounds, with organisers and those who made the festival floats receiving blessings from a Shinto priest. 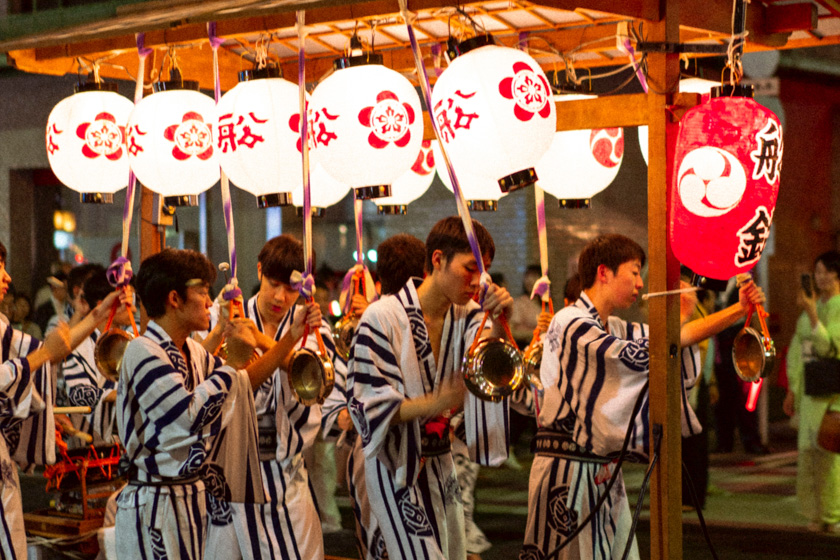 The star attraction of the Gion Matsuri Festival is the two float parades that take place during the festivities. At 9 am on July 17 and again on July 24, the procession known as Yamaboko Junko carves a three kilometre course through downtown Kyoto.
Yamaboko earns its name from the two types of floats, yama and hoko, that comprise the parade. Together, 9 huge hoko floats and 23 yama floats make up the parade. Hoko float can be up to 25 metres tall and have 30 to 40 people pulling them along. By comparison, yama floats are only around 6 metres tall and need 14 to 24 people to move or carry them about.
Floats are made from artfully crafted wood and special Nishijin textiles. Each float is the responsibility of a different neighbourhood guild, with the floats completely re-assembled from July 10 to 13. If you can, it’s worth seeing people construct the floats to appreciate the work that goes into them.
You can also see the floats prior to the parades when walk down Shijo-dori street and Karasuma street.

Leading up each of the Yamaboko Junko parades are three nights of festivities in downtown Kyoto. These events are known as Yoiyoiyoiyama, Yoiyoiyama and Yoiyama, taking place on July 14/15/16 and July 21/22/23, respectively. On these nights, the floats are put on display in the streets of Kyoto. This way people can properly appreciate them up close and it’s even possible to go inside some floats.
But Yoiyama is about much more than just the floats. During the evenings, the streets are filled with food stalls selling Japanese favourites like yakitori, takoyaki and various traditional sweets. It’s also quite common to see women walk through conservatively dressed in summer kimonos and holding paper fans.
Then there’s the custom of Byobu Matsuri, where local residents in the merchant district open their doors to the public. This is mainly so that festival-goers may see treasured family heirlooms, but international visitors can also get a glimpse of what the inside of a traditional Japanese residence looks like.

Japan is world-famous for its Sake (rice wine) and in the last few decades it has earned a reputation for its whiskey, but did you know that beer is the country’s most popular alcoholic drink?