Ikebukuro (池袋) is a commercial and entertainment district in Tokyo, located on the north-west corner of the Yamanote line. Ikebukuro station is the 2nd busiest station in Tokyo, right after Shinjuku.

Ikebukuro is good for shopping during the day, large department stores like Seibu, Marui, Tobu and Bic camera have had their flagship stores in the area. Unlike more youth centred area’s like Shibuya, stores in Ikebukuro target a broader audience and focus more on everyday clothing, than the latest fashion.

In the evening Ikebukuro turns into one of the busiest entertainment districts in Tokyo, with lots of dining opportunities, that are not that well known by visitors. The area is a great place to meet Japanese friends or colleagues. In addition, there’s a wide range of bars, clubs, karaoke places and anything else that is part of nightlife in Japan.

What to do in Ikebukuro 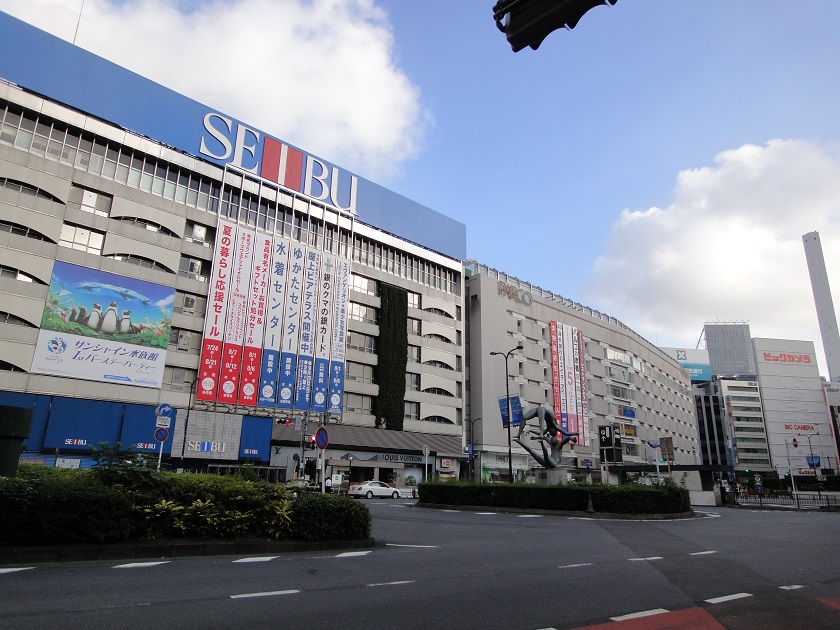 Described as a city within a city, Sunshine city is a large complex that contains over 240 shops and restaurants, an aquarium, observation deck, planetarium, museum, indoor theme park and video game arcade. While the name may suggest otherwise, Sunshine city is a great visit on a rainy day in Tokyo due to everything being indoor, and the amount of hours that can easily be spent here.

Nishi-guchi park is a buzzing open plaza with fountain, often hosting open-air festivals, concerts & other events. The park is a place where people come together and hang out. During the day, there are often new and upcoming artists doing a street performance trying to gain renown. The park is an interesting place to hangout and watch people passing by.

Both BIC camera and Yamada Denki have their flagship stores close in Ikebukuro station, in addition to a range of branch stores. If you don’t have a chance to visit Akihabara, then Ikebukuro is the next best thing. These massive department stores sell anything electronic and then some.

Ikebukuro is part of the Toshima special city ward, the city hall building boasts an interesting architecture style. A vertical extended garden is integrated in the modern complex, that could be part of any futuristic city. It’s possible to go up to the 10th floor for a beautiful open-air garden and a panoramic view over the area.

6.) Enjoy the Night-life in Ikebukuro

After dark is when Ikebukuro truly comes to life, there are plenty of good places to go for dinner, from small Izakaya to well known brand restaurants. Though dinner is only the beginning, there are plenty of bars to go for drinks. There’s a kind of place for everyone, from English style pubs such as HUB Ikebukuro to small bars where you can connect with the locals, like Jazz Bar Take Five.

Other great options include a visit to a Karaoke hub, or visit a place like Bagus where you can play darts, pool and similar pub games. There’s also a vibrant clubbing scene around Ikebukuro, for those looking to dance the night away.

Many Japanese travelers visit Hakodate on Hokkaido, but it remains unknown to most foreigners. Here's what to do in Hakodate for those that want to see why.

Learn how to make online reservations with the JR Pass and reserve your seats online for the Japan Rail Pass.