While Japan is about to experience rugby fever with the upcoming Rugby World Cup, the sport that normally captures the country’s attention is actually baseball. A sport in Japan that only seems to grow in popularity, baseball has been played there since its introduction in 1934. That kind of popularity means that seeing a game of baseball in Japan is a great way to experience a new side to Japanese culture.

Baseball games in Japan feature crowds of lively and passionate fans chanting and proudly wearing their team colours. It’s an interesting break from the reserved behaviour you’ll usually witness from day to day, which is why it’s such a great addition to your trip. So, if you’re interested in seeing what the most popular sport in Japan is like, take a look at this quick Japan baseball guide. 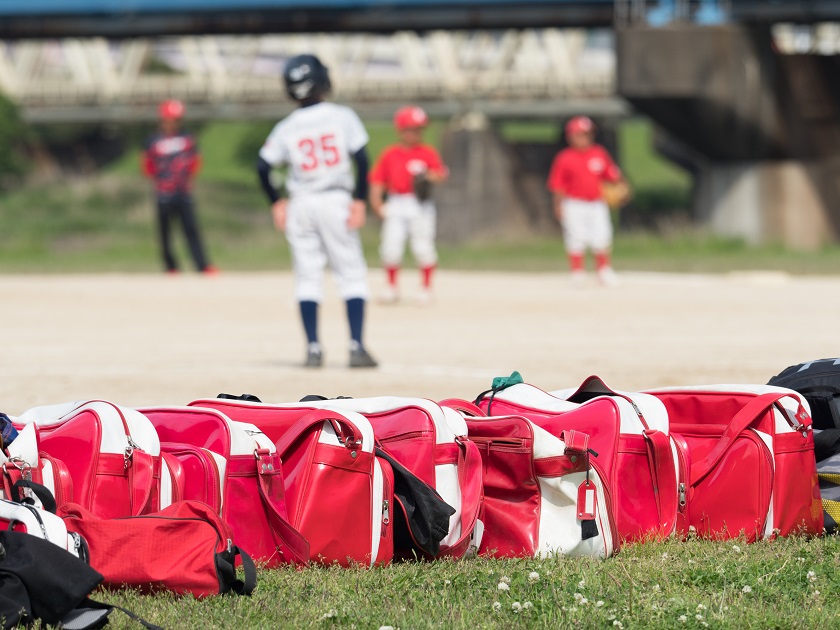 Japan’s professional baseball league, their equivalent of Major League Baseball, is called the Nippon Professional Baseball (NPB). Locally known in Japan as Pro Yakyu, the NPB is made up of two conferences, the Central League and the Pacific League, each with six teams. Baseball season in Japan runs from March to October, so there’s a good chance you can catch a game unless you’re visiting in winter.

There are a few subtle differences in Japanese baseball to American baseball, but nothing that will make following the game difficult. These differences start with technical things like playing with a smaller ball, strike zone and field, and move onto the fact games can end in a tie, which is called after 12 innings if scores are level.

To get the most out of seeing baseball in Japan, you should focus on one of the country’s biggest teams. Since you won’t know one from the other, here are some of Japan’s biggest baseball teams.

It’s probably no surprise that a city as gigantic as Tokyo is home to two teams, the Yomiuri Giants and the Tokyo Yakult Swallows. What’s fascinating is that these two teams couldn’t be more different if they tried.

Head and shoulders above its competition, the Yomiuri Giants are the most winning team in the Nippon Professional Baseball. With 22 championships to their name, the success of the Giants over the decades tends to divide fans. You either love them or love to hate them.

The Yomiuri Giants play at the Tokyo Dome, the largest roof-covered dome in the world. Besides being a ballpark, Tokyo Dome also has an amusement park, planetarium, and hot spring resort. Essentially you can spend a whole day at the stadium and only part of that day need be watching baseball.

The crosstown rivals of the Yomiuri Giants are the Tokyo Yakult Swallows, a team that doesn’t share the same level of success as their rivals. Even if they aren’t the most competitive, there’s a lot to love about watching the Swallows play. For starters, their home ground is Meiji Jingu Stadium, a traditional, open-air arena that is hallowed ground for fans. Then there’s the Swallows’ fans, who really make the experience special, particularly when they chant and do their umbrella dance.

Despite the Giants traditionally being the league’s biggest team, a new team has lately become the hottest property in the NPB – the Fukuoka SoftBank Hawks.

In four of the last seasons of the NPB, the Fukuoka SoftBank Hawks have been crowned the champions and that kind of record is hard to ignore. So watching the Hawks play at Fukuoka Yahuoku! Dome is a pretty safe bet for a good game. Thanks to the stadium’s roof you’ll be guaranteed an enjoyable time watching, come rain or shine.

Osaka’s relationship with the Nippon Professional Baseball is a curious one. The city is connected with two teams, the Orix Buffaloes and the Hanshin Tigers. And yet neither is truly an “Osaka team”. Since the Buffaloes aren’t very competitive and split their time between Osaka and Kobe, we’ll just focus on the Tigers.

They may be extremely popular in Osaka and treated like a hometown team, but the Hanshin Tigers are actually from the city of Nishinomiya, just outside the city of Osaka. Koshien Stadium is just 30 minutes by train from Osaka, so that kind of following does make sense. Watching a game at Koshien Stadium, baseball fanatics will want to find the stadium’s monument to Babe Ruth, who played here on an exhibition tour in 1934. The other big draw of a Tiger’s game though is the fans, who are known for being the most diehard in the league.

Tips for Watching Baseball in Japan

There’s a few things worth knowing to make the most of your time watching baseball in Japan. These little tips will help you add a game to your itinerary and hopefully help you save some money in the process.

Getting Tickets to Games

Organising tickets for baseball in Japan isn’t as simple as you might expect. Depending on who you plan on seeing, it may be a good idea to book your tickets in advance. For a major team like the Giants, tickets sell out well in advance. Some online ticket agents will charge a fortune to reserve tickets, so it’s best to shop around online if you can.

Otherwise, simply turn up on game day and buy tickets at the stadium. It’s worth mentioning that tickets will be fully in Japanese so reading them could be a challenge. Thankfully, there are attendants at the stadium who are there to help you find your seats.

Seeing a baseball game in Japan may mean needing to travel to another city for the day. After all, there are only so many games and the season schedule may not line up with your itinerary. That’s where having a Japan rail pass comes in handy, as doing extra trips like this won’t cost you any more than it already would.

Snacks and Drinks at the Baseball

Like when watching any sport, you’re going to want some snacks and drinks while you’re at the baseball. The first thing to know is that you’re allowed to bring food from outside into stadiums, which is useful if you’re on a budget. That being said, you don’t want to miss out on unique Japanese customs like have edamame as a snack or ordering a drink from so-called “Beer Girls” who walk the stands with a tank of beer on their back.

Explore north of Tokyo using the Japan Rail Pass. Visiting the best places in Tohoku, Hokkaido and northern Japan have to offer.

Loving those red torii gate tunnel images from Kyoto, but just can’t get down there? Never fear; Tokyo can deliver.

From the outside Kyoto station looks like a spaceship that landed in the middle of the city, from the inside it is a sprawling city on its own.