The old and forgotten town Tsuwano

A brief history of Tsuwano

Tsuwano (津和野) is remotely located in the Sanin mountains, largely forgotten now, Tsuwano was an important and strategic hold for Kamei clan in medieval japan. Today the castle ruins and impressive Inari shrine, still show their importance. The Inari shrine is an important religious destination for Shinto pilgrims coming from Kyushu and Western Japan.

What to do in Tsuwano

Visit and explore the old town

Walk around Tsuwano old town to be reminded of how life was like during the Edo period (1603 to 1868). Tsuwano is called “Little Kyoto of the Sanin area” for its preserved historic buildings, samurai residences and atmosphere resembling times past. There are small channels that run along the footpaths with hundreds of carp swimming around. Visit the old Samurai dwellings around the Tonomachi district, pop in and out of small shops and try some of the local sake (rice wine). The old town is very picturesque, so bring your camera! 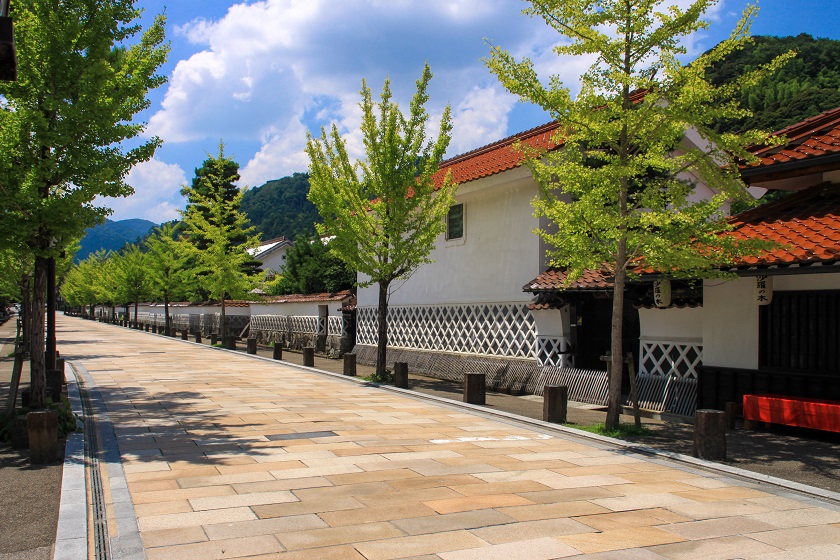 Tsuwano castle no longer stands but its ruins remain up on the mountain ridge overlooking Tsuwano and surrounding area. The castle walls provide for a stunning panoramic view. Hiking up to the castle is a bit tough but can be done by a 5 minute chair lift instead. Along the castle ruins are signs that tell about the history and generations of inhabitants. 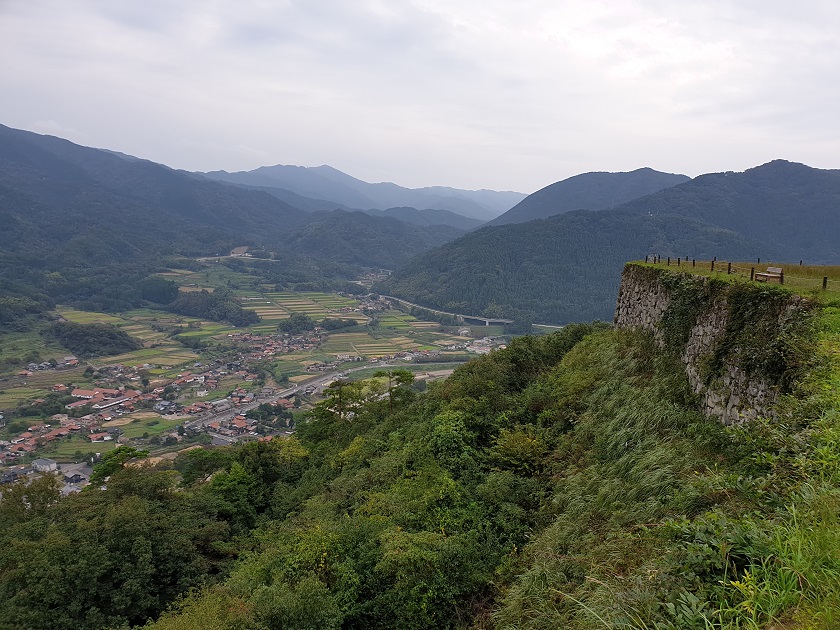 View from Tsuwano Castle walls on a cloudy day

Walk through the countless Torii gates that wind up the mountain leading up the shrine. Statues of foxes along the way welcome the traveller on, to go further on the stairs that an untold number of pilgrims have ascended in ages past. Once you get to the shrine grounds, visit the beautiful main hall and make a prayer for good luck. The shrine is also worth a visit after dark, when the path is lid up by rows of small lanterns. 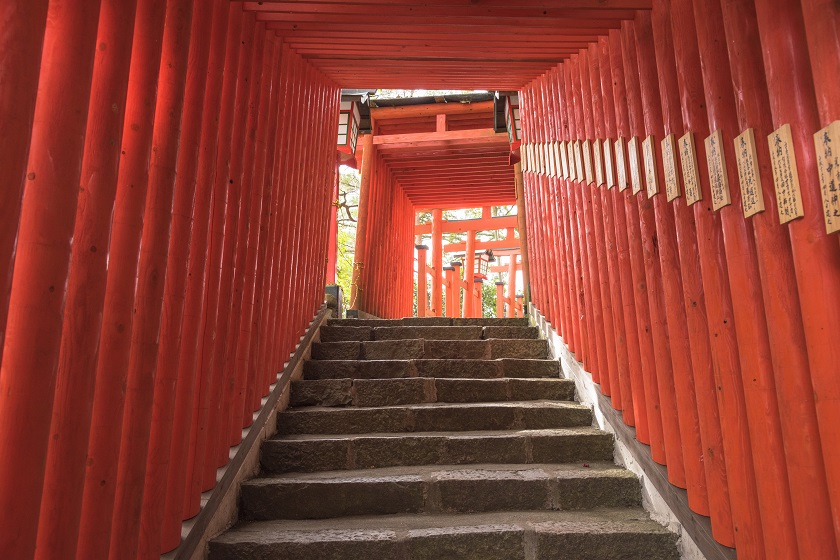 The many Torii gates at the Inari Shrine, just like Kyoto but without any visitors :)

Ride a Steam Train to Tsuwano

The SL “Yamaguchi” Train (Steam Locomotive) is an authentic steam locomotive from the early 1900s, that makes a return trip on weekends and on national holidays (except in the winter) from Shin-Yamaguchi station to Tsuwano. It stops for about three hours in Tsuwano before returning to Shin-Yamaguchi station. The steam train is an experience worth doing on its own but all the better with a visit to Tsuwano. 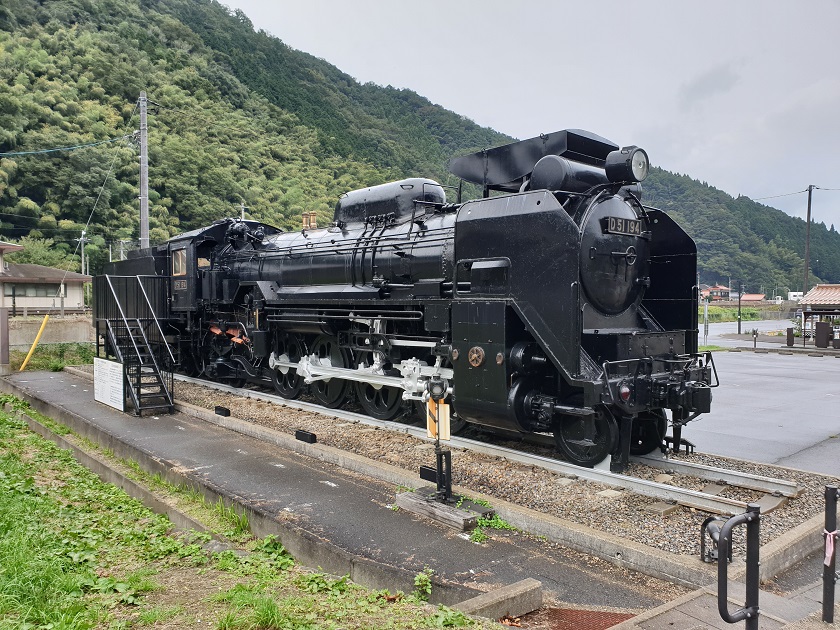 The SL Yamaguchi is free with the JR Pass and can be used one way or as a return. For timings and schedules see: Shimane Tourism

Tsuwano has three Sake breweries, dating back to the 1700’s. Among these is the Sekishu shuzo brewery that makes the famous Daiginjo Kasen sake, one of the finest in Japan and the best part is that a bottle can be bought locally for as little as $10. The Sake breweries can be found right in Honmachi, the main street of Tsuwano.

During winter months its possible to partake in the brewing process, shops and tastings are available year round.

How to get to Tsuwano with the JR Pass. 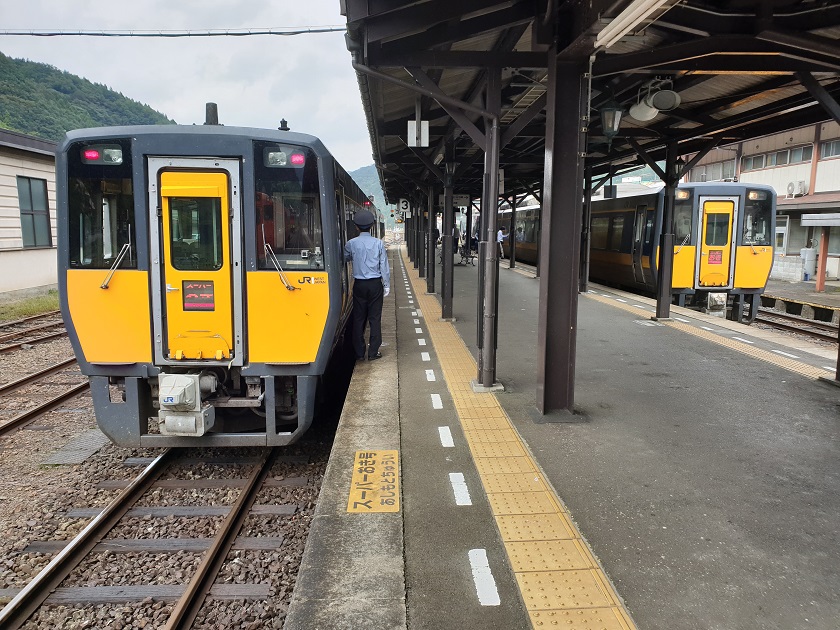 Tsuwano is halfway on the JR Yamaguchi line and can be reached from the south via Shin-Yamaguchi or the north-east from Izumo. The more common approach is the first, as you can take the Shinkansen from most cities (like Tokyo, Kyoto, Osaka, Hiroshima, etc) to Shin-Yamaguchi. There’s a ltd. express train between Shin-Yamaguchi and Izumo 3 times a day in each direction, which is the fastest and most convenient train to Tsuwano. Local trains operate more regularly, with 60-90 minute intervals.