Getting around Osaka is super easy with the Osaka Loop line, operated by JR-West, the lines runs a circle around Osaka, stopping at 19 stations.

About the Osaka Loop Line

The Osaka Loop line, or Osaka Kanjo-sen is a circle line running through the metropolis of Osaka, carrying over 300.000 passengers on a daily basis. With over 130 years of history, the Osaka loop line is an iconography of the city itself, featured in novels, Japanese cinematography and song.

Train run both clockwise and counterclockwise along the Osaka Loop line, stopping at important stations like Osaka station, Nishikujo, Shin-Imamiya, Tennoji and Kyobashi. Together with the network that connects to the Osaka loop line, it makes for a super convenient option to explore Osaka with using the Japan Rail Pass.

Stations on the Osaka loop line

The 19 stations along the Osaka Loop line by station number with their corresponding JR transfer options are:

Here is a map of the JR Osaka Loop line, including all stations and station numbers. The JR Yumesaki Line is also pictured, due to its importance and connection to Universal Studio Osaka, and some trains branch of here. 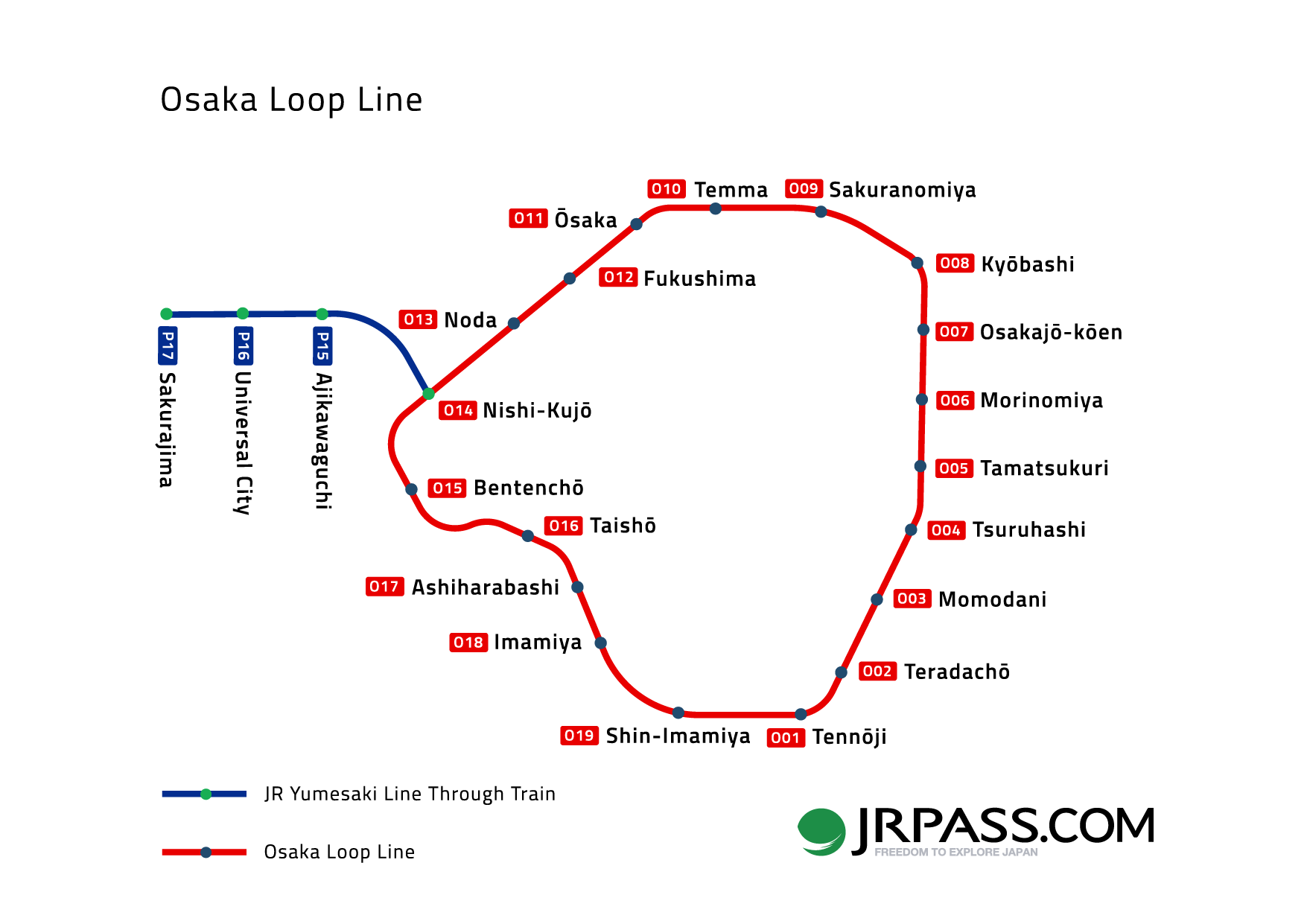 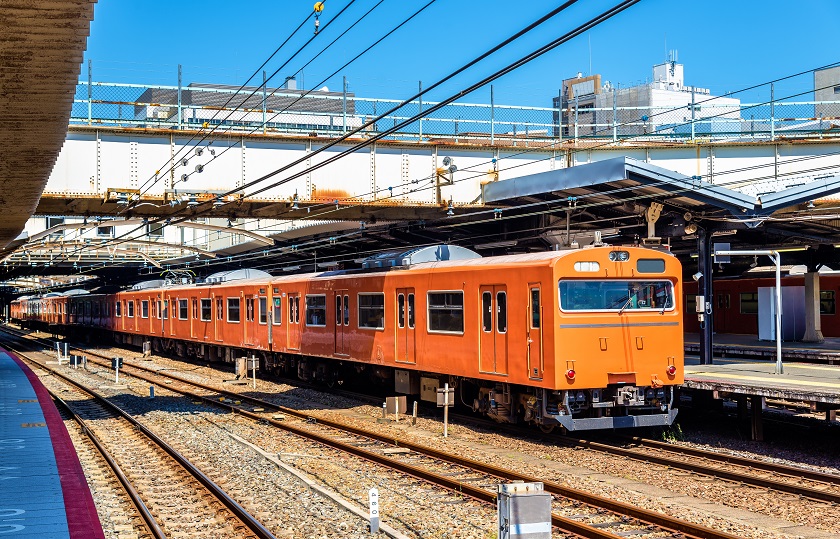 The Haruka Express stops at:
Tennoji

Can the JR Pass be used on the Osaka Loop line?

Yes, the Japan Rail Pass is valid for the entire line and all JR lines branching of it. Using your pass to explore Osaka this way, is a very cost-efficient option.

Mt. Inasa (稲佐山) is 333 metre high mountain top, with a fantastic panoramic view over Nagasaki, and considered one of the most beautiful night views in Japan.

The Seishun 18 is a budget ticket for unlimited travel on local trains in Japan for a period of 5 days. It can be shared, and used by anyone.