Historically first among the five most important Zen temples in Kyoto, Tenryu-ji today is a UNESCO World Heritage Site and one of the best to visit in Kyoto.

Table of contents:
Introduction to Tenryu-ji
Visiting Tenryu-ji temple and garden
Tickets and opening hours
How to access Tenryu-ji from Kyoto station

Tenryu-ji was founded in 1339 as the head temple for the Rinzai Buddism sect, by the then ruling shogun Ashikaga Takauji and to honour emperor Go-Daigo, who had just passed away. Takauji gave the task of building the temple to Zen monk Muso Soseki. Souseki founded many other temples in Japan and is well known for his influence on Zen Garden design, so too for the garden at Tenryu-ji. While the temple structure burned down many times over the centuries, the garden has largely remained intact from its original design.

Just making your way to Tenryu-ji is worth it, the temple entrance lies at the end of the Arashiyama bamboo grove. Once through the entrance gate, the pathway towards the temple has a beautiful mountain backdrop. The temple structure is a blend of traditional temple design with the spaciousness of an imperial living villa. This adds to the calming atmosphere around the complex. 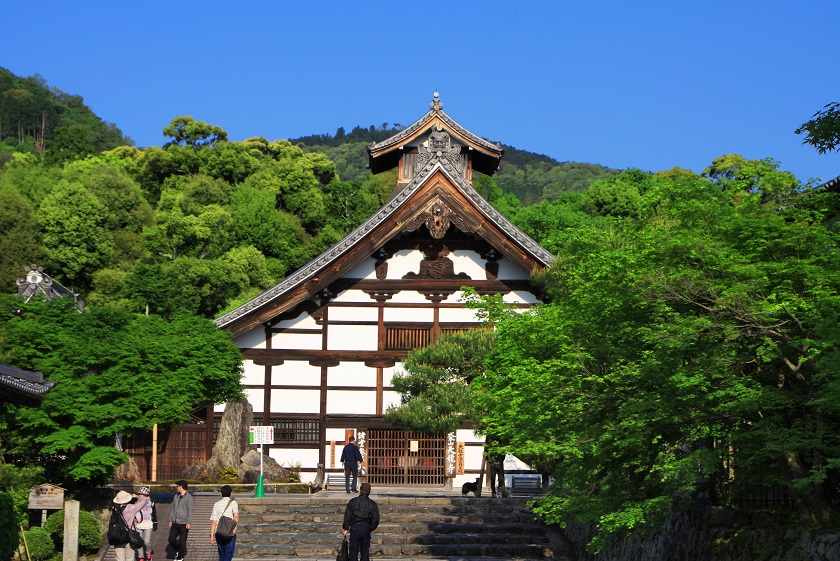 Directly visible from the pathway is the imposing main temple hall. It’s possible to visit the inner parts of the temple. Which consists of the main temple hall, meditation hall, Shion drawing room, cloud dragon hall and several buildings for official proceedings. The cloud dragon hall is especially interesting for it’s painted dragons on the walls and ceiling, which basically was the trick art of its time. For those interested, it’s possible to sit on the temple balustrade to meditate or just enjoy the peaceful atmosphere of the temple garden.

A visit to Tenryuji is not complete without exploring the magnificent landscape garden, which consists of the central pond, Zen rock garden, and a mix of pine trees native to the Arashiyama mountains. What makes it further unique is that it is one of the few original garden designs from Souseki. The garden is beautiful years round, and one of the best places in Kyoto to visit to see the autumn leaves. 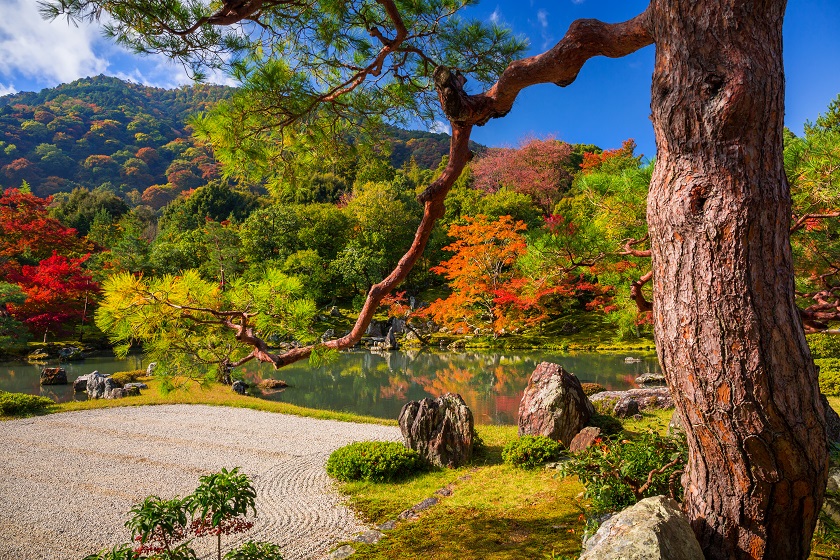 General entrance is 500yen for the temple grounds and garden, there’s an extra 300yen fee for entering the main building. This does make Tenryu-ji one of the more relatively more expensive temples to visit.

Tenryu-ji can be reached on foot in about 7 minutes (600M) from JR Saga-Arashiyama. To get there from Kyoto station, take the JR San-in line from track 32, or 33 to Saga-Arashiyama. The ride only takes about 10 mintes and is fully covered by the JR Pass.

Alternatively bus line 28 runs from Kyoto station to Arashiyama. This however takes significantly longer than the train.

The Arashiyama area itself can easily be explored on foot.

A unique alternative to the dress-up of your childhood, be made up as a Geisha or Samurai in the old Japanese capital of Kyoto.

Test your knowledge, or learn something new about Japan and the Japan Rail Pass! In our 12 question Shinkansen quiz!