Itami Airport, also known as Osaka airport, serves are domestic airport for access to Osaka and wider Kansai Area. It should however not be confused with Kansai International Airport, which serves as hub for all international flights.

A bit of background information

Itami Airport originally opened in 1939 to accommodate land based aircraft for the Osaka area. It the 1960s and 70s it was developed as Osaka International Airport and was served by major international carriers. In increased number of flights and introduction of jet engines saw the airport come under pressure from local residents with concerns about noise and pollution. As a result Kansai Internation Airport opened in 1994 to handle international flights. At that time Itami became a domestic only airport, both ANA and JAL operate out of Itami.

The airport has a handy range of access options from cities like Kyoto, Osaka and Kobe. This includes access by train, monorail, bus and private transport.

How to travel from Osaka station to Itami Airport

By train and monorail:
Take the Hankyu Takarazuka Line to Hotarugaike station. Here transfer to the Osaka Monorail bound for Itami Airport. Take note that Osaka station is a hub for different railway providers, including JR, Hankyu and the Osaka Subway. The Hankyu Takarazuka Line departs from the Hankyu part of the station, which is also called “Osaka-Umeda Hankyu” station. Once on the train, the route will take about 20 minutes and 430yen in fares. 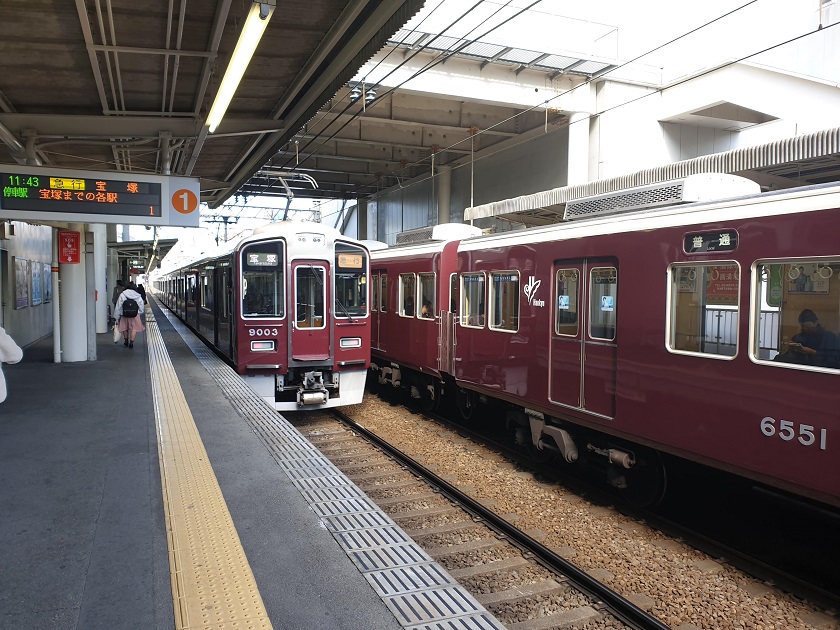 The Hankyu train to Itami Airport

By bus:
There is a direct Limousine bus service between Osaka station and Itami Airport operated by Osaka Airport transport. A one way ticket costs 650yen and the route takes about 30 minutes.

How to travel from Shin-Osaka station to Itami Airport

By Rail:
At Shin-Osaka station take the Kita-Osaka Kyuko line to Senri-Chuo station, there transfer to the Osaka Monorail. The route takes about 30 minutes and 660yen in fares.

By bus:
There is a direct Limousine bus service between Shin-Osaka station and Itami Airport operated by Osaka Airport transport. Which takes about 25minutes and 510yen in fares.

How to travel from Kyoto station to Itami Airport

By rail:
Take the JR Special rapid service to Shin-Osaka, taking about 30 minutes and 560yen. Then follow the instructions from Shin-Osaka, as per above.

By bus:
There is a direct Limousine bus service between Kyoto station and Itami Airport operated by Osaka Airport transport. Which takes about 55minutes and 1340yen in fares.

How to between Kansai Airport and Itami Airport.

By Rail:
Take the Haruka Express to Shin-Osaka station. Taking about 50 minutes and 3.110yen, the Haruka is fully covered by the JR Pass. Then follow the instructions for Shin-Osaka from there.

By Bus
There is a direct limousine bus between Kansai Airport and Itami Airport. One way takes about 80 minutes and 2.000yen in fares. If you are on a connecting flight then contact your airline, as the bus transfer may be included in your ticket.

Can I use the JR Pass to Itami Airport?

The answer is: partially and depends on where you are coming from. In most cases you can use the Japan Rail Pass to travel to either Osaka airport or Shin-Osaka airport. Then travel from there by rail or bus to Itami airport. Unfortunately these options are not included in the pass. 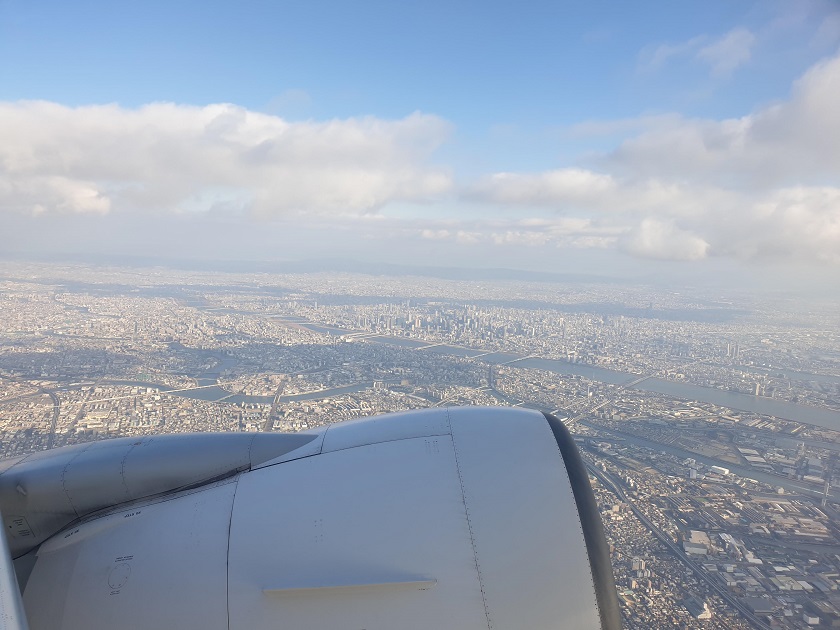 Hope you made it in good time to your flight from Itami Airport, now enjoy the beautiful skyline of Osaka from the air. To help you get the most of your time there, here are extra tips.

A matsuri is the perfect way to glimpse a part of Japanese culture not normally seen in daily life. With 100s every year enjoy one during your stay.

Located on the southern tip of Kyushu, Ibusuki is famous for its dark sandy beaches, unspoiled nature and onsen. In addition to the scenic train ride to Ibusuki

Many customers book JR hotels but do not realise they can receive a discount with the Japan Rail Pass. Make sure you don’t miss out!