Technology has changed life and society as we know it and that naturally includes travel and transportation. The need and desire to travel has never been greater and people have looked to technology to improve the quality and efficiency of transportation in every form.
It’s important to realise that the advances in transportation technology aren’t always about making things faster. New technology can also lead to better passenger experiences, as well as greater safety and security. Travel tech is also not limited to the journey itself but can also include the planning and organisation of transportation.

1.) How Technology has Changed Airlines

2.) How Technology has Changed Trains

3.) How Technology has Changed Cars

4.) How Technology has Changed Personal Transport

How Technology has Changed Airlines 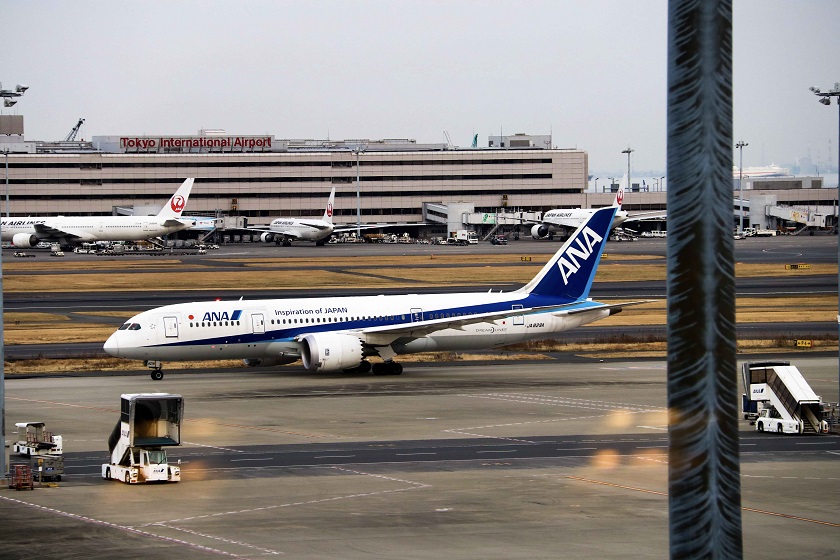 There are few industries so intertwined with the marvels of technology than the airline industry. Recent advancements in technology have altered each phase of flying, from finding fares through to what we do mid-flight. This is on-top of recent trends in travel tech such as hi-tech baggage or robotic assistants.

Changes to the airline industry have occurred for passengers even before they arrive at the airport. Rather than head to a travel agent, modern travellers can go online and use any number of websites to find the cheapest fares and make online bookings.
The internet has helped in other stages of air travel as well. Many tourists choose to use websites like Seat Guru to see where the best seats are on a particular model of plane for maximum comfort. Plus, once the airline ticket has been booked, the boarding pass can often be saved to a smartphone and used without any paper whatsoever.

Since the start of the 21st century, security has become an important part of air travel with technology crucial to its effectiveness. These developments in transportation technology have focused on the detection of drugs, weapons and contraband, and the identification of travellers through immigration.
To prevent illegal items being smuggled onboard, airport security has introduced 3D full-body scanners and other hi-tech measures. There has even been recent developments with scanners that could allow passengers to bring liquids onboard again.
Border security systems have begun to rely on technologies such as biometric security, where eye tracking, facial recognition and fingerprinting are used to confirm the identity of those entering countries. Similarly, electronic chips in passports and e-Visas allow governments to properly track people’s movements and move away from the manual process of passport stamps.

Then there’s the way in which travel tech has been used to enhance flyers’ experience once they’re on the plane. For starters, in-flight entertainment has evolved from a few communal televisions per plane to individual screens with full a range of multimedia to choose from. That is if you don’t choose to use your own laptops, tablets or smartphones to keep you occupied.
You can even often find in-flight Wi-Fi with some airlines, meaning you can start googling your destination before you land. To enhance your comfort on board, noise cancelling headphones have made enjoying all this entertainment even easier, as well as drowning out the in-flight ambient noise of the plane.

How Technology has Changed Trains 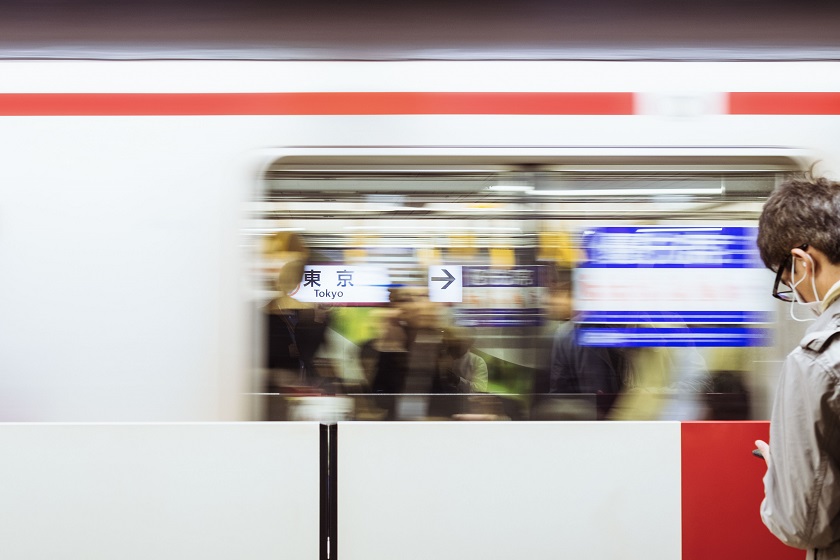 Long the favoured mode of transport by travellers, train travel has certainly evolved thanks to leaps in transportation technology. Modern trains are a far cry from the steam trains of the past, that’s for sure.

The most obvious developments with rail transport in recent memory have been the faster speeds offered by high-speed rail. A perfect example of this is Japan’s Shinkansen network, often known as bullet trains.
Linking up cities across the country, bullet trains are high-speed trains that quickly and comfortably take passengers about Japan. The speed and convenience of the bullet train means that they’re often just as fast as flying when considering all the necessary pre- and post-flight activities. The Japanese Shinkansen is such an innovative model that it is inspiring similar approaches in places like India.

Not content with the current high-speed trains, many countries are looking at a new technology known as Maglev to reach even greater speeds. Rather than relying on an engine and conventional tracks, Maglev trains use a series of powerful magnets to levitate and propel the train along the route. With no moving parts, maglev trains can run faster and smoother than traditional trains.
Currently, the fastest of Japan’s bullet trains reach 224 mph, while the Shanghai Maglev train reaches 267 mph. Maglev is widely seen as the future of train travel, given that the current fastest train speed of 374mph belongs to the Chuo Shinkansen Maglev train network currently being developed. This incredible speed will make travelling about Japan even easier than it currently is.

It’s not just the speed of trains that is seeing great improvement, but also the passenger’s enjoyment and entertainment. Much like airlines, the ability to easily plan, buy tickets and reserve seats for trains has meant that travellers can feel confident that they will keep to their desired schedule.
The Internet has also drastically changed passenger’s habits. The ability to stay connected over Wi-Fi means passengers can keep in touch during their train journey and stream content on their various devices. Even in trains without Wi-Fi, you can stay connected with pocket Wi-Fi devices so that you never miss out on what’s happening.

How Technology has Changed Cars 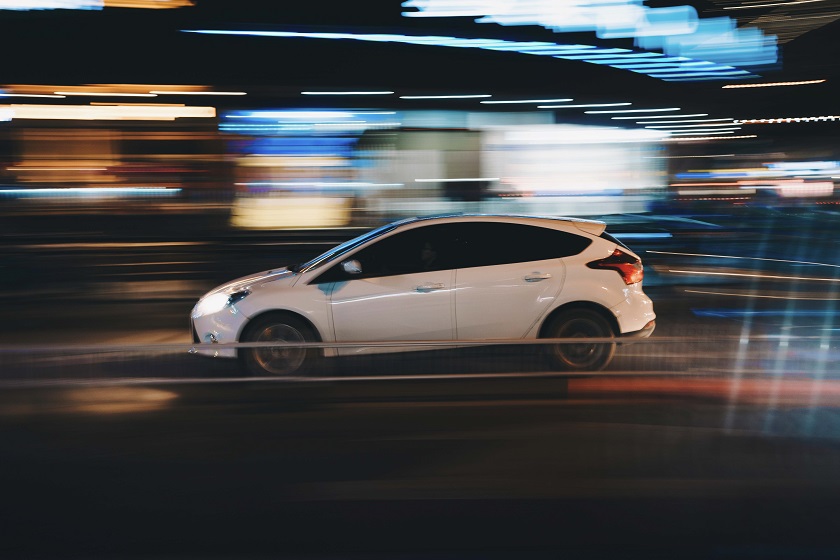 As a major part of modern life, it’s no surprise that cars have changed with advancements in different fields of technology. From the ways cars are powered to the ways they are operated and accessed, the way we drive has changed drastically in recent years.

Whereas taxis have long been a vital service for those looking to get about by car, ride-sharing apps have disrupted the scene and become extremely popular alternative in big cities. Services like Uber and Lyft offer a form of on-demand carpooling through their smartphone apps, connecting drivers with passengers. Ride-sharing is often seen to lead to a better customer experience, thanks to rating systems and the ability to track your vehicle with the driver’s details.
Although they’re seen as convenient, a study by the UC Davis Institute of Transportation Studies found that rather than ride-sharing services replacing private car journeys, people are often using ride-sharing services instead of public transport, cycling or walking. This of course leads to greater congestion and is less environmentally-friendly.

In a move to reduce humanity’s reliance on fossil fuels, electric and hybrid cars have grown in popularity. These cars incorporate an electric motor and rechargeable battery technology, although hybrid cars use a fuel engine to power their electric motor. Since they generally lead to lower greenhouse gas emissions, these vehicles are widely considered environmentally-friendly. The biggest challenge to electric cars still is their range between charges, although some models can reach as far as 315 miles on a full charge.

Another advancement that is still maturing is the idea of driverless or self-driving cars. These vehicles use a range of technological information inputs to navigate both road networks and traffic to bring a passenger to their destination.
When properly implemented, it is seen to have a multitude of benefits, from reducing the frequency of accidents to improved traffic flow. Of course, this approach also has benefits for those with mobility issues or who cannot drive as it provides them with greater accessibility to transportation. There are still some concerns with self-driving technology including incidents with pedestrians and the potential for software glitches.

How Technology has Changed Personal Transport

It’s easy to think about how technology has changed the major forms of transportation and overlook all the personal forms of transport. Since the Segway came onto the market in 2001, a whole host of different “personal transporters” or “electric rideables” have come on the scene. Japan especially is a hub of this next wave of personalising transport through technology.
Although ordinary bicycles and skateboards are still in use, they’ve also been joined by the likes of hoverboards, e-bikes and motorized scooters. Each of these take physical effort out of getting around.

There’s no question that modern advancements in technology have had profound impacts on all forms of transportation, be it airline, train, car or personal. These advancements have effected many aspects of travel, from planning and booking, to the security of transportation, as well as the overall comfort and enjoyment of modern travel.

The Yasaka Shrine (八坂神社 Yasaka-Jinja), commonly known as the Gion Shrine for organizing the Gion festival every year.